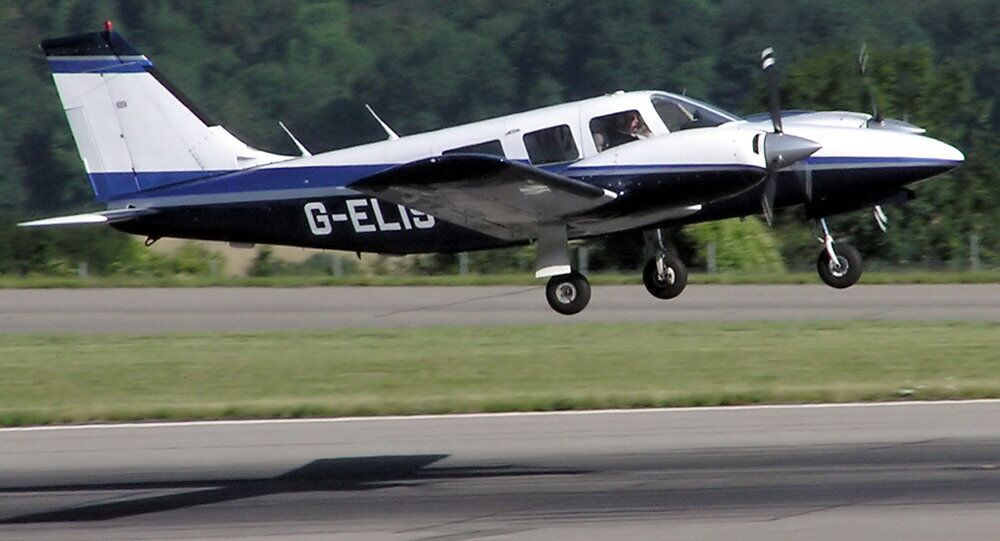 A 7-year old girl has survived after a small plane crash that killed four people in Kentucky. Piper PA-34-200T, a small twin-engine aircraft, was heading from Florida to Illinois.

MOSCOW, January 3 (Sputnik) — A 7-year-old girl survived a plane crash that killed four other people in the US state of Kentucky, local police said Saturday.

© Sputnik / Maksim Blinov
Worst Plane Crashes in 2014: Facts and Details
A resident of the Suwanee community in Lyon County informed in an emergency phone call that “a 7-year-old female had walked to her home reporting that she had been involved in a plane crash,” the Kentucky State Police said on its official Facebook page.

Police, the local sheriff’s office, as well as several fire and rescue units launched a search in the area and soon confirmed the crash.

“Investigators on scene confirm (4) fatalities at the crash site. The fatalities account for the pilot and remaining passengers,” police said.

Those wondering about the plane crash, this gives you an idea how far that 7 year old girl had to walk to find help. pic.twitter.com/HhBFKVVHLc

The victims were identified as the girl’s parents, Marty Gutzler, 49, and Kimberly Gutzler, 45, as well as her 9-year old sister, Piper Gutzler, and her 14-year old cousin, Sierra Wilder, the New York Times said.

The girl, who was not immediately identified, is the sole survivor of the plan crash. She was in emotional distress and taken to a hospital with non-life-threatening injuries, USA Today said.

According to the Kentucky State Police, the plane involved in the accident was a Piper PA-34-200T, a small twin-engine aircraft which was on its way from Key West, Florida, to Mount Vernon, Illinois. The plane lost contact with air traffic controllers at 6 p.m. Central time, according to the state police.  The pilot reported engine problems prior to the accident, the Australian said.

Investigators from the National Transportation Safety Board and the Federal Aviation Administration are expected to arrive at the crash site on Saturday, the New York Times said.