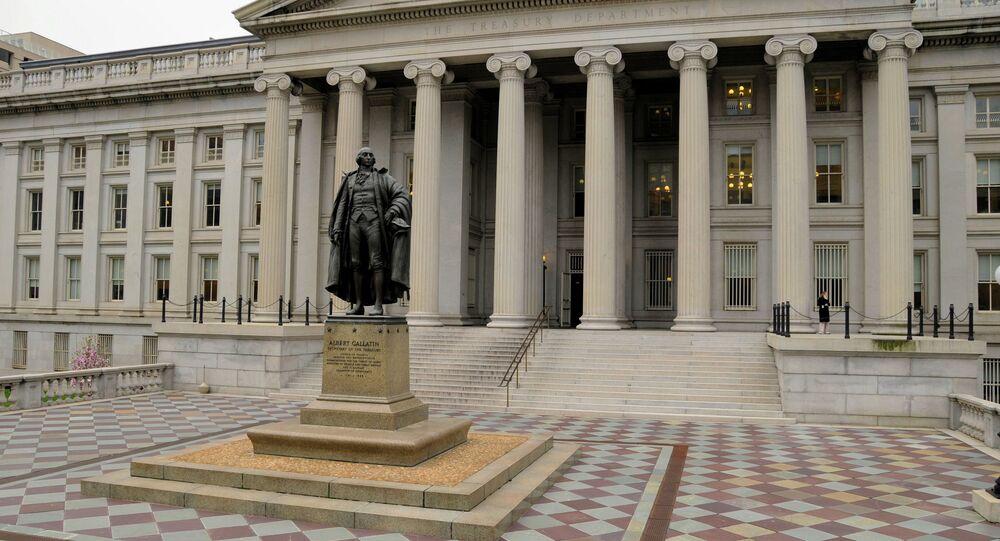 US Sanctions on N Korea Target About Dozen Individuals and Entities

The US Treasury announced Friday that the recently imposed US sanctions against North Korea for the Sony Entertainment hack will target three entities tied to the government and 10 individuals, including a representative in Russia.

© REUTERS / Mario Anzuoni
US Imposes Sanctions on North Korea Over Sony Hack: White House
WASHINGTON, January 2 (Sputnik) — Expanded US sanctions against North Korea for the hacking of Sony Entertainment will target three entities tied to the government and 10 individuals, including a representative in Russia, the US Treasury said Friday.

"The actions taken today under the authority of the President's new Executive Order will further isolate key North Korean entities and disrupt the activities of close to a dozen critical North Korean operatives," US Treasury Secretary Jack Lew said. "We will continue to use this broad and powerful tool to expose the activities of North Korean government officials and entities."

© East News / KATSUMI KASAHARA
North Korea Not Responsible for Sony Pictures Hacking: US Cyber Experts
The US Treasury said in a statement the new sanctions escalate financial pressure on North Korea by denying designated persons access to the US financial system and prohibiting US nationals from engaging in transactions or dealings with the designated entities or persons.

The sanctions also target ten individuals from the three entities, as well as officials of the government of North Korea. Among them are several KOMID-linked individuals in China, Russia, Syria, Iran and Southern Africa.

The FBI identified North Korea behind the November 24 cyber-attack at Sony, in which the hacking group Guardians of Peace released confidential documents and emails causing an embarrassment to the filmmaker.

After Sony initially bowed to the hacker's demands not to show the film, the entertainment giant reversed course and showed the film at select theaters for the Christmas Day opening. It also allowed viewers to watch the film online. North Korea has denied involvement in the hacking and several cyber security experts in the US have questioned drawing a quick conclusion North Korea was behind the attack.