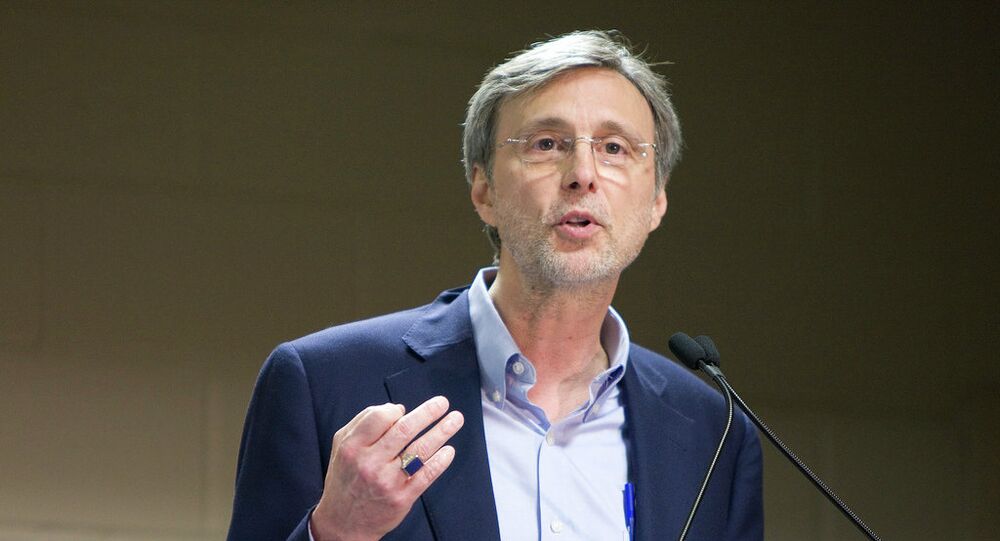 US Magazine Recognizes RT Host as Most Valuable Multimedia Personality

Thom Hartmann, the host of the "Big Picture" political show on news channel RT has been recognized as the most valuable multimedia personality by The Nation magazine.

© Sputnik / Iliya Pitalev
RT First News Outlet to Hit 2Bln Views on YouTube
MOSCOW, December 31 (Sputnik) — The host of the "Big Picture" political show on news channel RT, Thom Hartmann, has been recognized as the most valuable multimedia personality by The Nation magazine.

"It's not easy to host a three-hour radio show during the day and then host a nightly television program, while writing important books on economic meltdowns. But Thom Hartmann does it every day and with remarkable grace," the oldest weekly magazine in the United States said in the 2014 edition of its Progressive Honor Roll, an annual list distinguishing outstanding people and their merits.

"Hartmann has a radical sensibility; he takes conversations further than most hosts. He rejects horse-race electoral coverage and DC gossip in favor of serious conversations about food safety, busting up big banks, and developing a just and sustainable economy," the magazine said.

Hartmann has been hosting his political talk show on RT since 2010.

RT was nominated for three US Emmys, which honor achievements in the television industry.