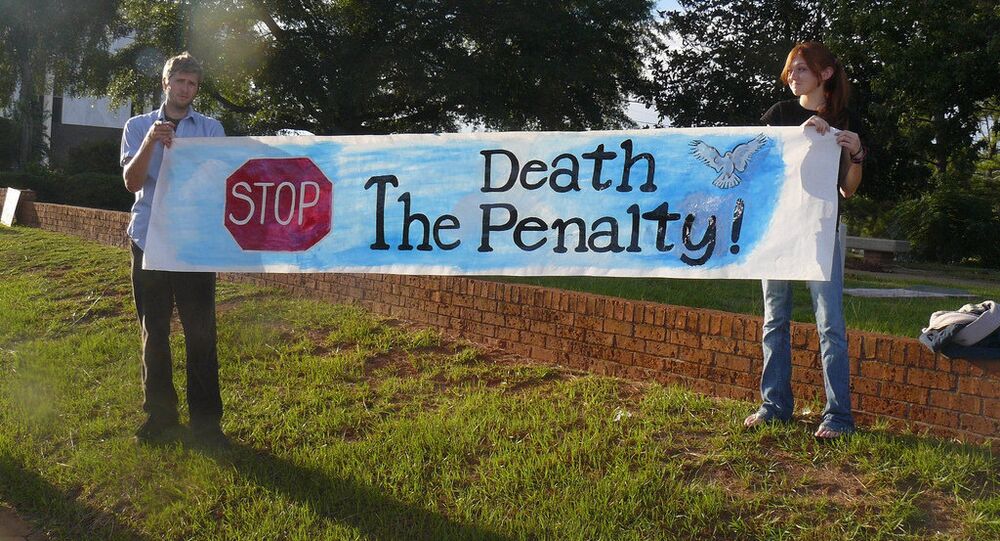 Opponents of the death penalty in Florida tried to persuade authorities that state's executioners must be required to be doctors or nurses.

© Flickr / Ken Piorkowski
Number of Executions in US Hits 20-Year Low: Anti-Death Penalty Group
MOSCOW, December 30 (Sputnik) — Opponents of the death penalty in Florida are attempting to curtail the practice by revealing the identities of those responsible for carrying out lethal executions, the Orlando-based News 13 cable network reported on Tuesday.

The broadcast network stressed that anti-death penalty advocates are seeking to rally support after proposed legislature would ostensibly reveal that "the state's executioners are presumed to be amateurs who aren't required to be doctors or nurses."

According to the bill brought forward by a Tallahassee state lawmaker in late November, an exemption allowing executioners' identities to be absent from public records will be struck down from the 1997 Florida Statute.

"Information which identifies an executioner, or any person prescribing, preparing, compounding, dispensing, or administering a lethal injection" is no longer confidential under the Florida House of Representatives bill, HB 4003, which is currently under review by the criminal justice subcommittee.

Lethal injections are the primary method of carrying out death sentences in the United States.

© Fotolia / DDRockstar
Oklahoma Resumes Controversial Lethal Injections Due to Public Support, Few Alternatives
In December 2006, all death penalties were suspended in Florida by then-Governor Jeb Bush when an executioner mishandled the process by administering a lethal drug for the second time after the inmate, Angel Diaz, exhibited pained facial expressions in an attempt to speak.

The death penalty is considered legal in a total of 32 states. As of December, 35 people have been executed this year compared to 39 in 2013, according to data compiled by the Death Penalty Information Center. Despite a nearly 20-year drop in handing down death sentences nationwide, capital punishment in Florida has been rising incrementally in recent years.

Nearly 1,400 executions have been carried out in the United States since the death penalty was reinstated in 1976 following a four-year suspension by the US Supreme Court. Florida has put to death the fourth highest number of people — behind Texas, Oklahoma and Virginia — and nearly 400 Floridians are currently on death row.