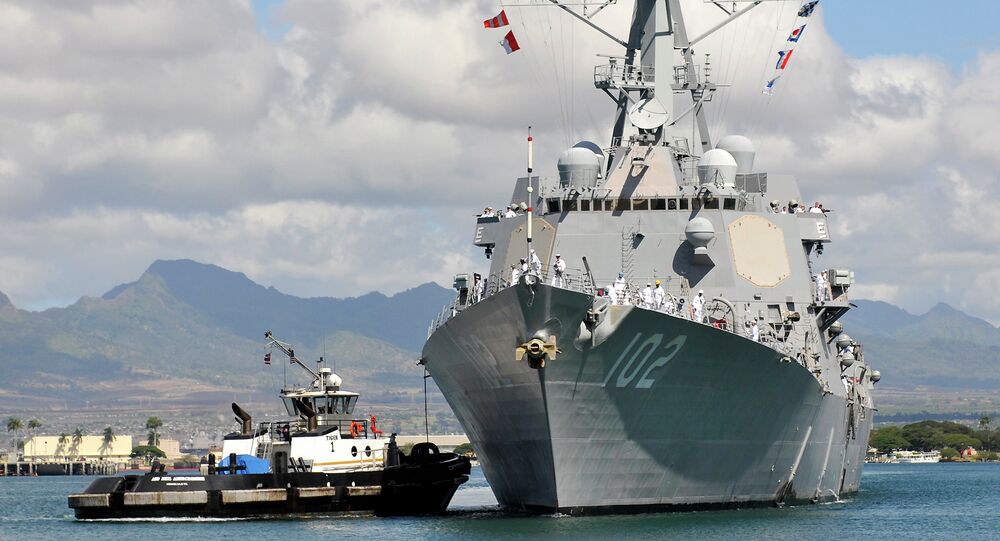 US Pacific Command stated that the United States has sent a destroyer class ship to the Java Sea in order to help the international search mission find the missing AirAsia Flight QZ8501.

© REUTERS / Darren Whiteside
LIVE: AirAsia Jet With 162 Passengers on Board Missing Over Java Sea, Search Continues
MOSCOW, December 30 (Sputnik) — The United States has sent a destroyer to the Java Sea in order to help the international search mission find the AirAsia Flight QZ8501, missing since Sunday, the US Pacific Command said in a statement.

"At the request of the Government of Indonesia and as directed by U.S. Pacific Command, U.S. Pacific Fleet has authorized U.S. 7th Fleet to position USS Sampson (DDG 102) in the general search area for missing Air Asia Flight QZ8501 to support search operations," the statement released on Monday said.

The USS Sampson is due to arrive at the scene later in the day, the statement added. The vessel is homeported in San Diego, California.