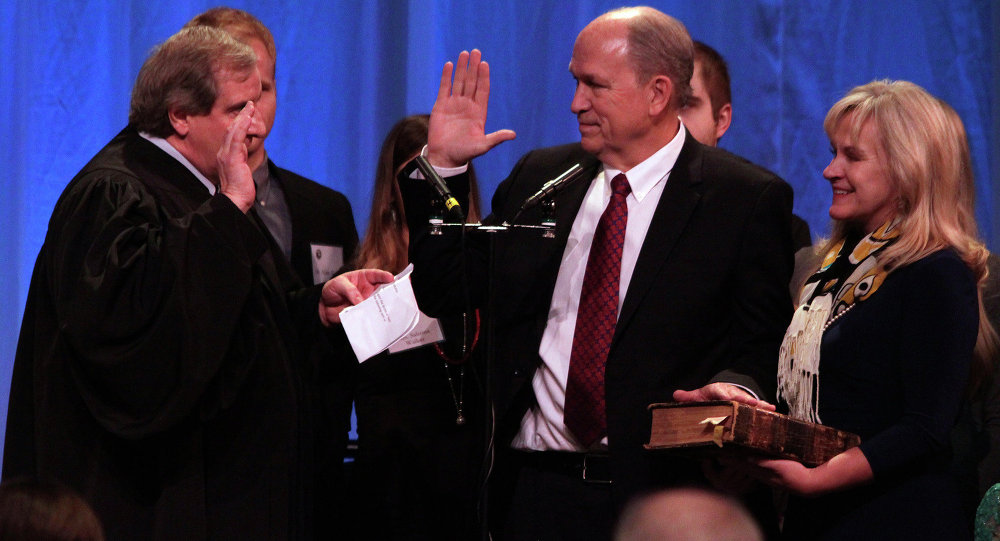 Alaska Governor's Press Secretary said that Falling global oil prices forced the official to order state departments to recalculate their budgets in an attempt to save jobs.