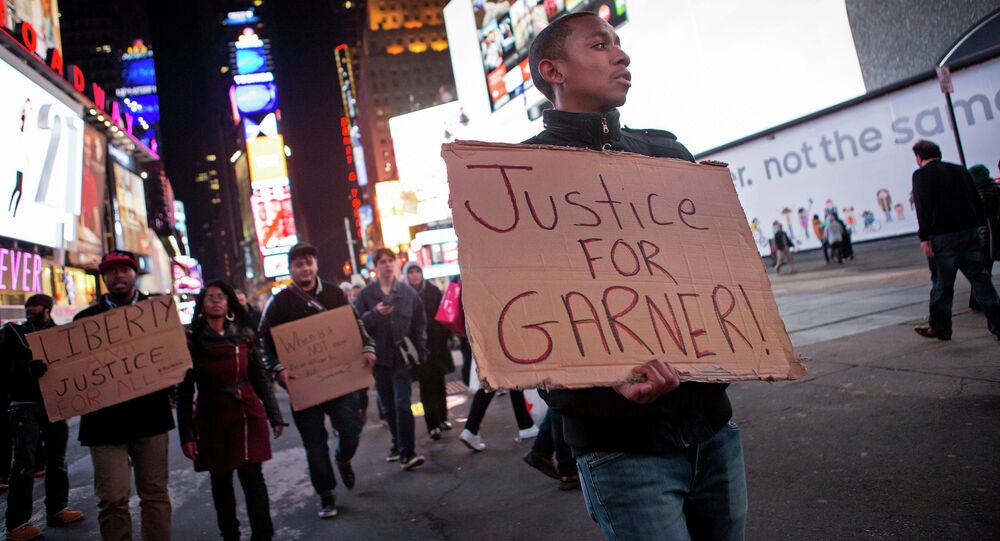 Muslims to ‘Take a Stand’ Against Police Brutality at Philadelphia Rally

A US Muslim organization urged all concerned about the rising number of lives lost to police violence "to stand in solidarity" during a march in Philadelphia center scheduled for Saturday noon.

© REUTERS / Carlo Allegri
1,000 People Protest Police Brutality in NYC Despite Mayor's Call for Calm
MOSCOW, December 26 (Sputnik) — A US-based Muslim organization has called on Muslim communities in Philadelphia to stand up against police brutality at the upcoming rally on Saturday following deadly shootings of black Americans by white lawmen.

In an announcement on the campaign's Facebook page, the Muslims Mobilized Against Police Brutality urged those concerned about the rising number of innocent lives lost to police violence "to stand in solidarity" during a march and rally in city center scheduled for Saturday noon.

"We are calling for Muslim community leaders and members to unite and take a stand for police accountability and racial justice… We must put faith into action and take a stand against oppression, whether by seeking to remove it with our hands, speaking against it, or by hating it in our hearts," rally coorginator Kameelah Rashad wrote.

© REUTERS / Carlo Allegri
Families of Police Brutality Victims Denounce Killing of Two NYPD Officers
The deaths of two African-Americans, Michael Brown and Eric Garner, at the hands of police officers served as a "catalyst" for nationwide protests and sparked "a long overdue and necessary series of dialogue and action around issues of race and policing", Rashad stressed.

She said these killings were not isolated events, but reflected "systemic racism in which social, economic, educational, and political forces or policies foster discriminatory outcomes for Black people".

American Muslims are compelled by their scripture to stand up for justice and the right of the oppressed, Rashad said, calling them "heirs" to the likes of Malcolm X, an African-American Muslim human rights activist.

© REUTERS / Brian Snyder
23 Arrested During Protests Against Police Brutality in Boston
A flier circulated by the campaign bears the image of Malcolm X and a quote from Quran, which urges believers to "Stand out firmly for justice".

Starting this past summer, the United States has been gripped by massive protests triggered by the shootings of several unarmed black men in Ferguson and New York by police officers, who were not charged by the grand jury.