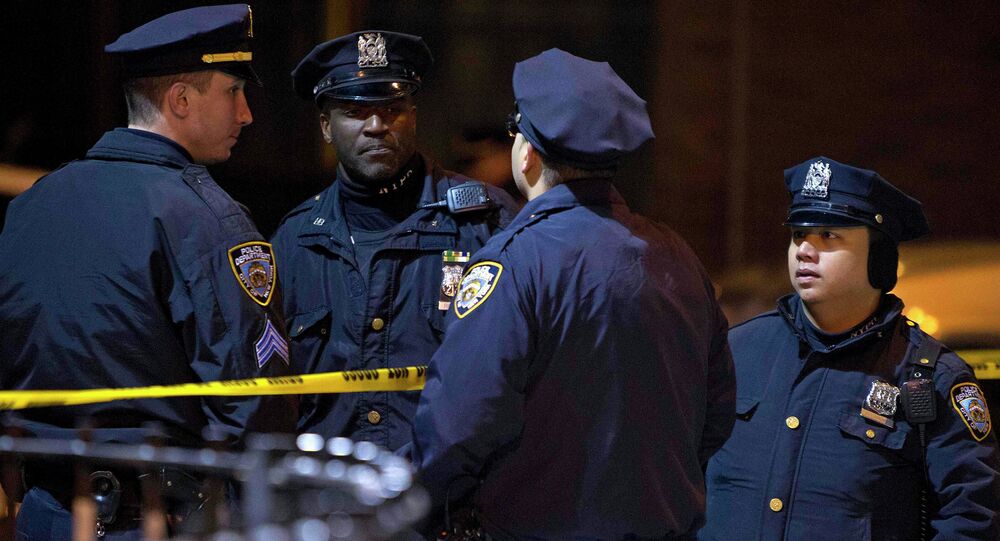 41-year old man, Tyrone Melville was identified as a suspect, who called the 84th precinct switchboard and told he wanted to kill more police officers. The incident took place on Tuesday at 4:30 a.m. local time.

A 41-year old man, Tyrone Melville was identified as a suspect, who called the 84th precinct switchboard and told he wanted to kill more police officers. The incident took place on Tuesday at 4:30 a.m. local time (9:30 a.m. GMT). The 84th precinct is the same headquarters of two police officers, Rafael Ramos and Wenjian Liu, who were shot last week by a gunman, ABC News said.

© East News / AP
St Louis Police Release Videos of Antonio Martin Killing Amid Protests
While on the phone, Melville has allegedly identified himself as Ismaayil Brinsley, the dead suspect of the two killed policemen, and asked to speak with officer Ramos. Then, still pretending to be already-dead Brinsley he asked if bullets were removed from Ramos’ head, so “he could kill more cops”, Reuters reported.

Tyrone Melville, 41, of Manhattan, was arrested on Wednesday after he called the switchboard of Brooklyn's 84th Precinct, where the killed officers were based, said Sergeant Carlos Nieves, a police spokesman.

Asking for Ramos, Melville asked if the bullets had been taken from the dead officer's head so "he could kill more cops," Nieves said.

In a separate incident, Jose Maldonado from Brooklyn was arrested after he had posted a threat to kill the police on his Facebook page.

“Might just go out and kill two cops myself!!!” 26-year old Maldonado posted on his Facebook account along with pictures of dead police officers. Maldonado’s posts were spotted on Thursday morning and he was arrested later that day. Maldonado was charged with felony and making terrorist threats, according to the police, the New York Daily News said.

Two police officers, Rafael Ramos and Wenjian Liu, were killed in their patrol car in Brooklyn last Saturday by Ismaaiyl Abdullah Brinsley, an African-American with a long history of arrests and mental instability.

The shooting of the officers took place several weeks after a series of protests against police brutality erupted across the United States, in response to grand jury decisions not to indict the white police officers responsible for the deaths of two African-Americans — Michael Brown and Eric Garner.