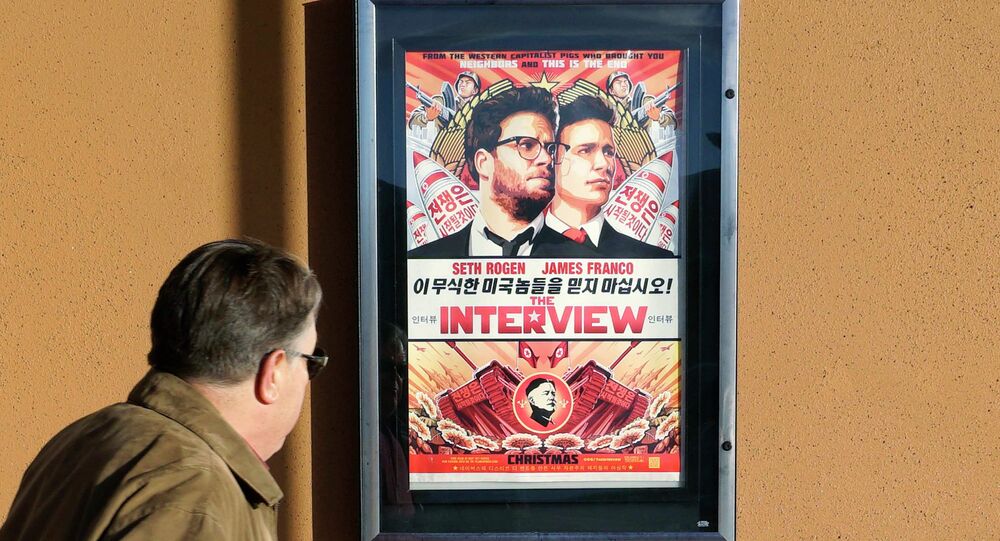 FBI spokesman said that the FBI is maintaining contact with local theaters planning to show the controversial comedy The Interview, and so far there have been no security problems.

WASHINGTON, December 25 (Sputnik) — The FBI is maintaining contact with local theaters planning to show the controversial comedy The Interview, and so far there have been no security problems, an FBI spokesman has told Sputnik.

In a nation-wide press release, the FBI said that it continues to maintain contact with Sony Pictures Entertainment and has shared information with independent movie theater owners who are planning to screen the comedy about the CIA plotting to assassinate North Korean leader Kim Jong Un.

The FBI also advised the public to remain alert and report suspicious activity to law enforcement.

© AP Photo / Damian Dovarganes
DC Theatre Showing 'The Interview' Sold Out: Cinema Manager
US security concerns come amid a hacking scandal involving Sony Pictures Entertainment. A group of hackers launched a cyber-attack on Sony on November 24, which resulted in a leak of salary figures, credit card numbers, passwords and other valuable data of Sony employees. The hackers demanded that Sony cancel the release of The Interview.

The company did cancel the premier, but after US President Barack Obama said it was a mistake, as foreign powers should not be allowed to impose censorship in the United States, Sony decided to let The Interview run in some theaters on Christmas Day.

According to the White House press service, Obama said Wednesday that he was "glad" The Interview was being released.

The FBI has said that North Korea was behind the cyber-attack on Sony, but Pyongyang has denied the claim, calling for a joint investigation.