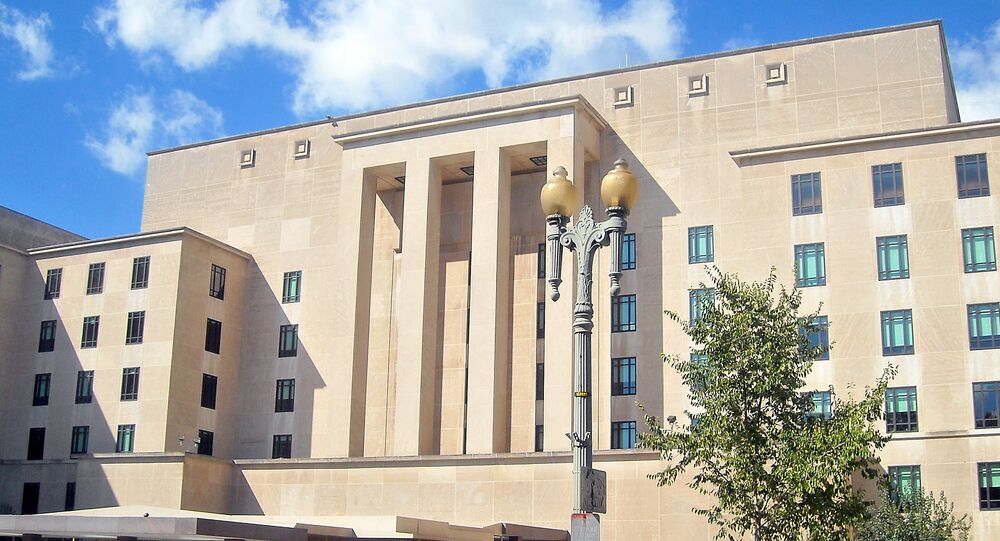 US State Department spokesperson said that the United States supports the United Nations' Arms Trade Treaty, but its ratification is up to the White House.

WASHINGTON, December 25 (Sputnik) — The United States supports the United Nations' Arms Trade Treaty (ATT), banning the sale of conventional weapons to states known to be committing human rights violations, but its ratification is up to the White House, a US State Department spokesperson has told Sputnik.

"The United States welcome the December 24 entry into force of the Arms Trade Treaty and calls on those countries that have not signed it to consider doing so as soon as possible," the spokesperson said Wednesday.

While the United States has signed on to support the treaty, "[its] ratification is up to the White House" the spokesperson added.

Asked about the lack of support for the ATT from other major weapons exporting countries, the spokesperson stated "It's a sovereign decision on the part of every country, of course, but we think it’s a good treaty and worth prescribing to."

According to the spokesperson, the treaty "will help reduce the risk that these arms will be used to carry out crimes of genocide, and crimes against humanity, and war crimes".

The ATT was adopted on April 2, 2013 by the UN General Assembly. By its terms, the treaty comes into force 90 days after the 50th country ratified it on September 23, 2014. A total of 60 nations have ratified the agreement so far, while 130 have signed it, indicating that they intended to ratify.

US President Barack Obama signed the ATT in 2013, but the US Senate has not ratified the treaty yet. Such major arms exporters as France, Germany and Great Britain have ratified the ATT.

Russia, China, India and Pakistan have not signed the treaty.