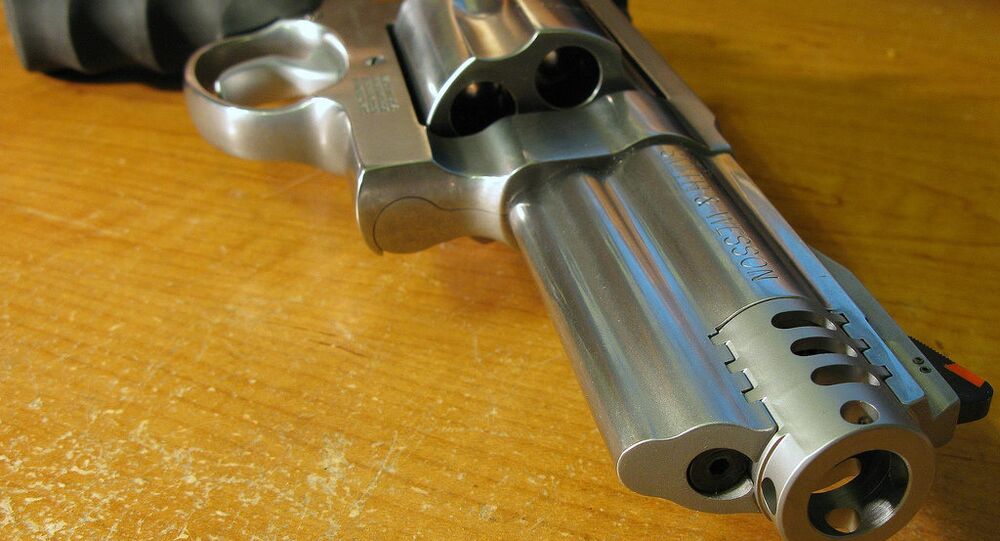 Marijuana users in the state are seeking an exemption from a federal directive which prohibits consumers of the drug from possessing firearms.

© Photo : Bob Pearson for Sputnik
Denver's Marijuana Proves Magnet for Homeless
MOSCOW, December 24 (Sputnik) – Marijuana users in Colorado are campaigning to have the right to carry a concealed handgun, in the belief that laws which prohibit the sale of firearms to people who use marijuana unfairly infringe their rights, according to the AP.

"Many Colorado citizens legally hold a Concealed handgun permit and have medical prescriptions for narcotics or use alcohol in a recreational manner without surrendering their right to protect themselves," explains the Colorado Campaign for Equal Gun Rights. "We do not see a distinction between these scenarios and those who use marijuana in the same way."

People wishing to obtain a concealed handgun permit have to fill out an application form, one of the questions on which asks applicants, "Are you an unlawful user of, or addicted to, marijuana, or any depressant, stimulant, or narcotic drug, or any other controlled substance?"

© Sputnik / Alexandr Kryazhew
Legalization of Cannabis Farming Proposed By Lebanese Agriculture Minister
The organization wants cannabis to be exempted from such restrictions, and is pushing for the issue to be placed on the 2016 state ballot, the AP reports, in order to put the question to voters. As a result of one such ballot in November 2012, Colorado became the first state in the US to legalize the sale of marijuana for recreational use, when 55 percent of voters approved a move to amend the state's constitution. A previous ballot in 2000 had allowed marijuana to be supplied for medical purposes.

A directive issued by the US Bureau of Alcohol, Tobacco, Firearms and Explosives in 2011 instructs licensees on the law regarding firearms sales and marijuana use, stating that because marijuana is defined as a controlled substance under Federal law, its users are prohibited without exception from possessing firearms.

The Washington Times reported earlier this month that the leaders of the campaign are trying to gather enough signatures to be able to get the question onto the ballot paper. Edgar Antillon told the paper that he saw the matter as a "freedom issue," and that his group needed another 86,105 signatures to ensure the initiative makes it to the voting booth.