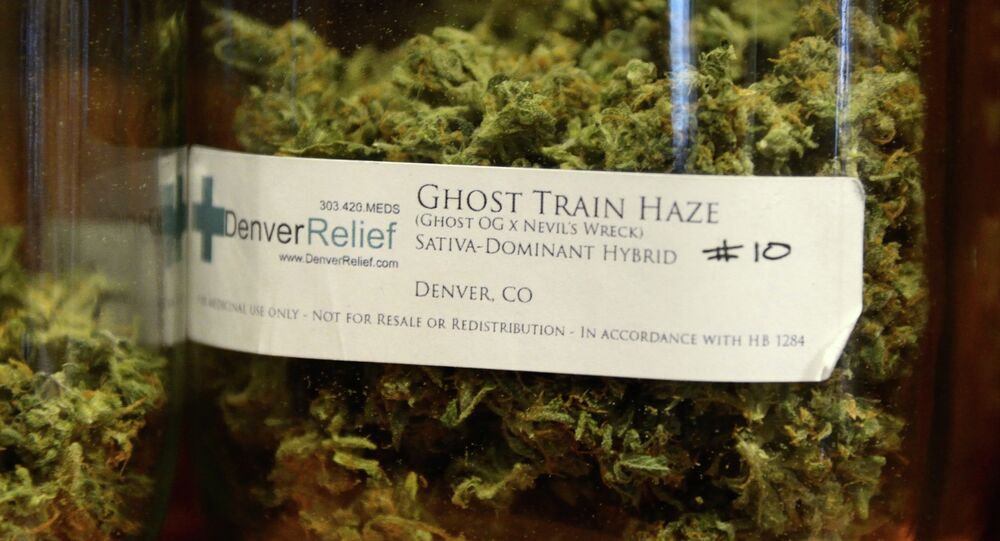 A third of residents in homeless shelters tell authorities they came to the state so they could legally access marijuana.

© Flickr / Alejandro Forero Cuervo
US Steering Latin America to Legalize Marijuana: Russia Politician
MOSCOW, December 24 (Sputnik) – Homeless shelters in Denver, Colorado have reported to the AP that up to 30 percent of the people using their services have moved from other states in order to have legal access to marijuana.

"The older ones are coming for medical (marijuana), the younger ones are coming just because it's legal," the director of Denver's Salvation Army Crossroads Shelter told the AP. Brett Van Sickle added that in a count of new residents of the shelter during the period July-September, around a third of the 500 newcomers had moved for the drug.

One homeless shelter in the city related to the agency that the number of young people aged 15-25 it saw at its shelter between May and July was up to 829, from 328 a year earlier, and that a third of the new arrivals told those in charge that legal marijuana was one of the reasons they moved.

In 2000 the state of Colorado amended its constitution to allow the use of the drug for medical purposes by patients with "chronic debilitating medical conditions," as a consequence of which residents could be issued a medical marijuana license. The American Medical Association reports that by September 30, 2014, 116,287 such licenses had been issued.

© Sputnik
Oregon, Alaska, DC Legalize Recreational Marijuana
In November 2012, 55 percent of voters in the state subsequently approved a constitutional amendment which legalized the sale, purchase and possession of the drug by adults over the age of 21. Recreational marijuana retailers began trading in the state from January 1 2014, and according to the local Denver Post newspaper have sold more than $300 million worth of the drug this year.

As of November 2014, Colorado had issued licenses to 497 medical marijuana dispensaries and 292 retail dispensaries. Last week the Denver Post reported that the neighboring states of Nebraska and Oklahoma had filed a lawsuit with the US Supreme Court to repeal the law, citing costs incurred by them associated with the state's legalization, and arguing that the policy illegally runs counter to the federal policy prohibiting drugs.