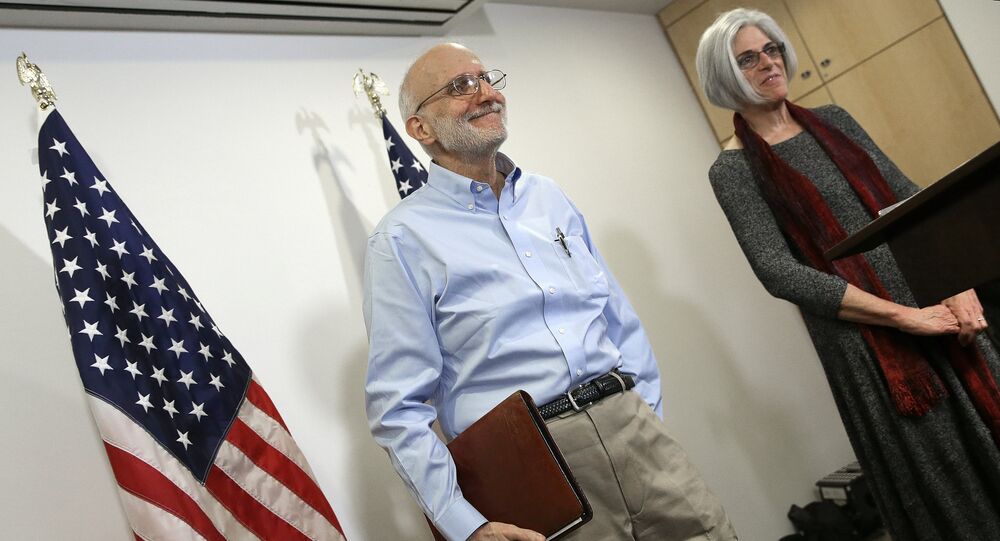 US Pays $3.2 Million Settlement to US Contractor Released From Cuban Prison

The US Agency for International Development has paid out $3.2 million to Alan Gross, a subcontractor who spent five years in a Cuban jail on charges of espionage.

MOSCOW, December 24 (Sputnik) — The US Agency for International Development (USAID) has paid Alan Gross a $3.2 million settlement following the US subcontractor's release from a Cuban prison on charges of espionage, CBS News reported. Gross filed suit against the United States government and against DAI for sending him on five semi-secret trips to Cuba, where he was in jail for five years.

The payment is legally a settlement between USAID and Development Alternatives Inc. (DAI), a private Washington, D.C.-based development firm; it was made after the latter filed a $7 million lawsuit against USAID. The payment will be made to Gross directly.

A statement released by USAID noted that "the settlement avoids the cost, delay and risks of further proceedings, and does not constitute an admission of liability by either party," NBC News noted. CNN further explains that USAID had agreed on the settlement figure back in November.

Gross's lawyer Scott Gilbert told CBS News that his client will ask the Supreme Court to review the Washington D.C. Court of Appeals decision to throw out their $60 million gross negligence lawsuit, which was filed in November 2012. Gross and his wife Judy had settled with DAI on undisclosed terms in May 2013, CNN noted.

Gross was jailed in Cuba in 2009 and sentenced to 15 years in prison. According to his family, his detention had to do with his distribution of communications equipment, part of a "democracy promotion" campaign that Cuba considered an attempt to undermine its national security. His release followed the surprise normalization of relations between Cuba and the United States last week. Gross was freed in exchange for members of the Cuban Five, a group of Cuban intelligence officers who had been imprisoned in the US on charges of espionage.