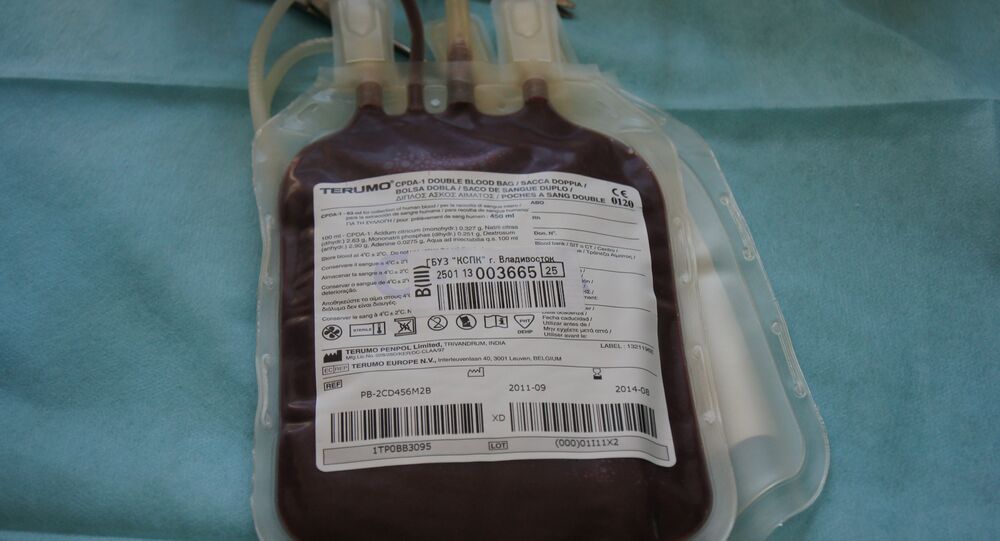 US Could Cancel Life Ban on Blood Donations From Homosexual Men

US Food and Drug Administration is proposing to change the limits on blood donations from homosexual men from a life ban to a one-year deferral.

© Sputnik / Said Tcarnaev
HIV Infections on Increase in Eastern Europe: UNAIDS
WASHINGTON, December 24 (Sputnik) – The US Food and Drug Administration (FDA) is proposing to change the limits on blood donations from homosexual men from a life ban to a one-year deferral, the FDA has announced in a press release.

"Over the past several years, in collaboration with other government agencies, the FDA has carefully examined and considered the available scientific evidence relevant to its blood donor deferral policy for men who have sex with men," the statement, released Tuesday, said.

"Following this review…the agency will take the necessary steps to recommend a change to the blood donor deferral period for men who have sex with men from indefinite deferral to one year since the last sexual contact," the statement added.

According to the FDA, a "draft guidance" on the proposed policy change will be issued next year.

Homosexual men were banned from donating blood in the United States in 1983, over concerns of increased spread of HIV/AIDS.

The World Health Organization (WHO) estimates that 35 million people were living with HIV at the end of 2013.

According to the US Centers for Disease Control and Prevention, homosexual and bisexual men are more severely affected by HIV than any other group in the United States.

South Accounts for Half of Recent HIV Cases in US: HRW