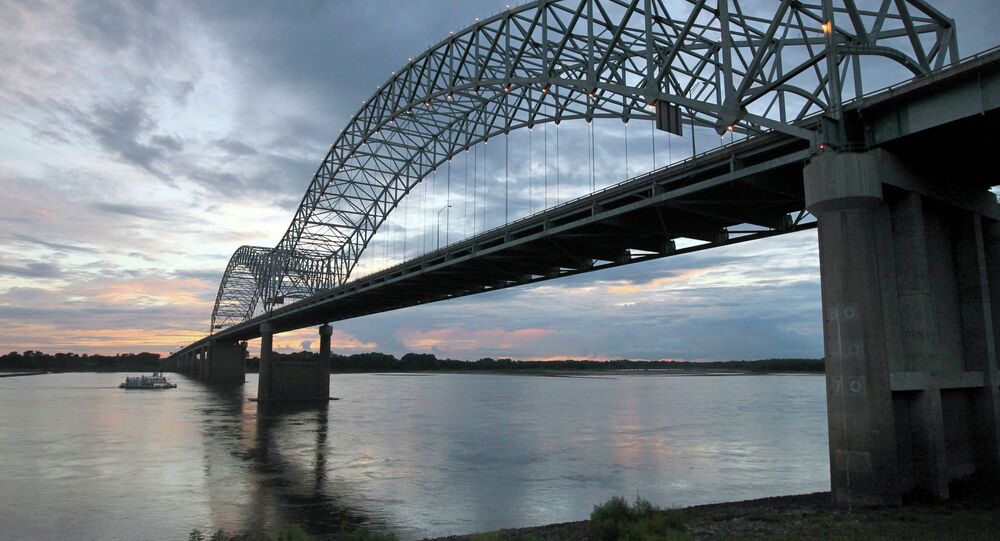 The FBI division of the US city of Memphis warned on Monday that Islamic State may explode the Memphis-Arkansas Bridge in the United States through an active member operating in Tennessee.

© Flickr / kalavinka
FBI Warns US Military Personnel About Social Media Attacks by Islamic State
MOSCOW, December 23 (Sputnik) — The Islamic State (IS) extremist group may explode the Memphis-Arkansas Bridge in the United States through an active member operating in Tennessee, the FBI division of the US city of Memphis warned on Monday, citing an anonymous informant.

"According to an anonymous complainant, as of December 2014, ISIS [the Islamic State of Iraq and Syria, IS] instructed an ISIS [IS] member, a presumed USPER [US person] in Memphis, with a direct order to blow up the Memphis-Arkansas bridge on an unknown date, activating ISIS terror cells in the United States," the FBI warning said.

© AP Photo / Hussein Malla
Kurdish Forces Retake Key Iraqi Town From Islamic State
The FBI bulletin explained that the warning had been issued to alert the law enforcement bodies to take precautionary measures against the potential danger being posed by IS in Memphis, Tennessee.

IS, a jihadist group, has been fighting against the Syrian government since 2012. In June 2014, the group extended its attacks to northern parts of Iraq, declaring a caliphate on territories under its control.

The United States set up an international coalition against the militants, with some 60 nations directly or indirectly participating in airstrikes against IS in both Iraq and Syria.

Earlier in December, French police said they had dismantled an alleged underground IS cell. Earlier in the year, similar reports surfaced in the United Kingdom. In September, Australian police conducted massive raids in Sydney and Brisbane disrupting what intelligence said appeared to be an IS-orchestrated attack on Australian soil.