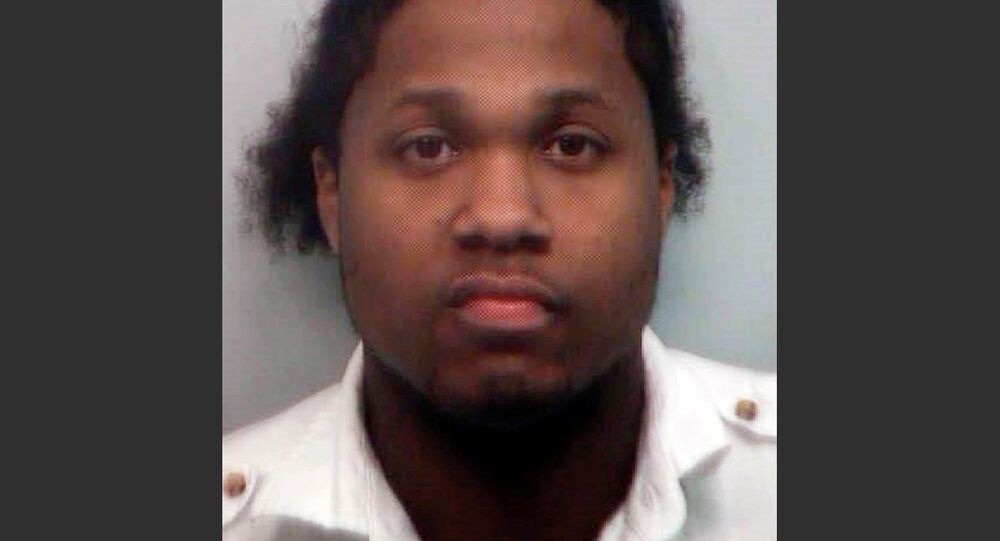 The New York Police Department has released the identity of the man believed to be responsible for the murder of two police officers in Brooklyn on Saturday; meanwhile US leaders and civil rights protestors have issued their outrage over the shooting.

MOSCOW, December 21 (Sputnik) - The NYPD has released the identity of the man believed to be responsible for the murder of two police officers in Brooklyn on Saturday as 28-year-old Ismaaiyl Brinsley, the Associated Press reports.

Brinsley was said by police to have said in an Instagram post that he planned to shoot New York police officers in retaliation for the deaths of Eric Garner and Michael Brown.

A post on his former girlfriend’s Instagram account made shortly before the shooting stated “I’m putting wings on pigs today. They take 1 of ours, let’s take 2 of theirs. [sic]” The post used the hashtags #Shootthepolice, #RIPEivGardner (sic) and #RIPMikeBrown. “This may be my final post,” Brinsley wrote, posting the statement together with a picture of a silver handgun.

Police said that early Saturday morning Brinsley had visited the home of his former girlfriend in the Baltimore area, where he shot and wounded her before accessing her Instagram account. The account has since been taken down. Brinsley’s criminal record in the state of Georgia, listed as his last known address, includes robbery, shoplifting, and carrying a concealed weapon, among other charges, the Associated Press explained.

It had had earlier reported that Brinsley, an African American, approached the passenger side window of a police car at around 3pm EST and opened fire, shooting officers Rafael Ramos, 40, and Wejian Liu, 32 in the head at point blank range. Following a short chase with other police officers to a nearby subway station, Brinsley ran into the station and shot himself in the head.

New York Police Commissioner Bill Bratton told reporters that “they were, quite simply, assassinated –targeted for their uniform.”

President Barack Obama has unequivocally condemned the violence in a statement issued by the White House on Saturday, with New York Mayor Bill de Blasio echoing the President’s words, noting that this event was “an attack on all of us.”

The blood of 2 executed police officers is on the hands of Mayor de Blasio. May God bless their families and may they rest in peace.

Family members of Michael Brown have released a statement condemning the killing, stating that “our thoughts and prayers go out to the officers’ families during this incredibly difficult time,” and that “we must work together to bring peace to our communities.”

Civil rights campaigner Reverend Al Sharpton, among the key organizers of protests associated with police violence and racial profiling, stated that “any use of the names of Eric Garner and Michael Brown in connection with any violence or killing of police, is reprehensible and against the pursuit of justice in both cases.”

The last NYPD officer to be shot while on duty was Peter J. Figoski, killed in December 2011, The Guardian explained.