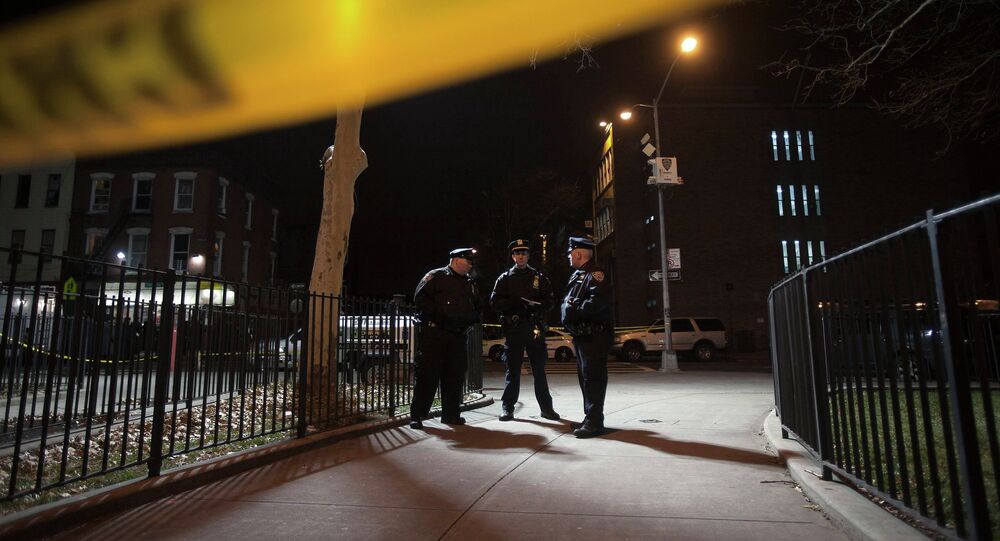 The families of police brutality victims reprehend the recent killing of two policemen in New York City by a gunman and denounce using their deceased family members' names to commit such crimes.

"I spoke with both the families of Eric Garner and Michael Brown [victims killed by police]. And let me be perfectly clear, we are all outraged and saddened by the deaths of these police officers [shot in New York City]. Any use of the names of Eric Garner and Michael Brown, in connection with any violence or killing of police, is reprehensible and against the pursuit of justice in both cases," civil rights, Rev. Sharpton said in a letter published in the New York (NY) Daily News on Saturday.

© CC BY 2.0
US Police Officer Shoots Teenager Who Attacked Him With a Machete

The rights activist stressed that at every rally and protest against police brutality must be peaceful and non-violent.

The NY Daily News reported the killer of the NYPD officers shot himself on a subway platform and died. Earlier on the same day, Brinsley shot his girlfriend and posted anti-police statements on his social media account.

"I'm Putting Wings On Pigs Today. They Take 1 Of Ours…Let's Take 2 of Theirs," Brinsley was quoted as saying on his Instagram account by the news outlet.

Recently the killing of two African Americans, Garner in New York City and Brown in Missouri, by white police officers who were not indicted, sparked protests across the United States and was allegedly the reason behind Brinsley's police killing.