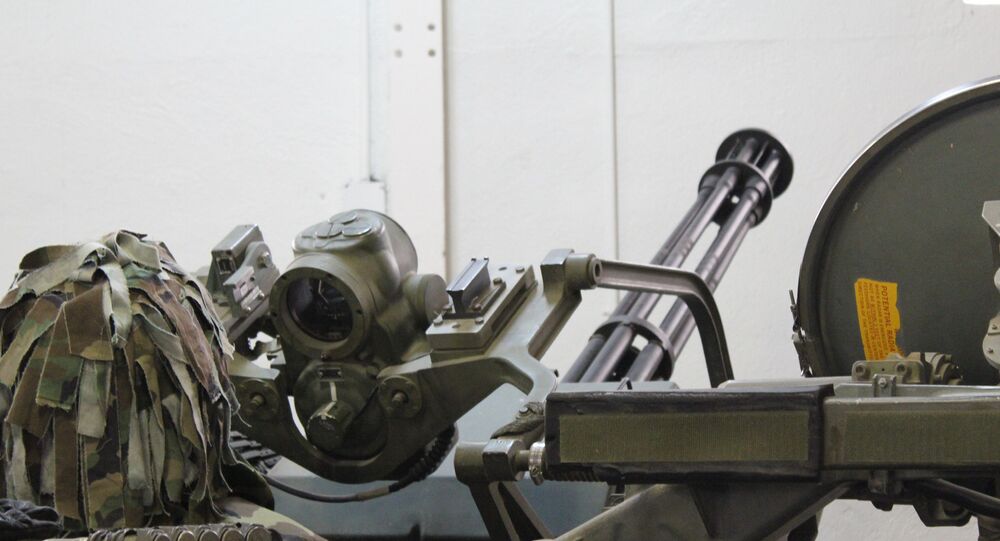 The US launched ‘Operation Just Cause’ 25 years ago to oust Panamanian leader Manuel Noriega under ‘democratic’ and ‘right to protect (American citizens)’ pretenses. If this sounds familiar, it’s because it is - the War on Panama was the testing ground for America’s post-Cold War military strategy.

The end of the Cold War brought about a crisis in American military circles since the ‘crusade against communism’ could no longer be used as a charade to justify foreign intervention. The US had aspirations of becoming the world’s only superpower, and it understood that its naked pursuit of geostrategic objectives still had to be clothed in seemingly plausible justifications. Occurring in the two-year window right between the end of the Cold War and the collapse of the Soviet Union, the War on Panama was pivotal in paving the path on which America would wage its future wars.

The Changing Context of Conflict

‘Operation Just Cause’ occurred in a very unique period of history when everything was in flux. The international system was rapidly changing and the US’ foreign policy and military institutions were adapting to this new reality. Here’s what the world looked like on the eve of the war:

The Cold War Is Kaput:

Bush and Gorbachev just concluded the Malta Summit the month prior, where they officially declared the Cold War over. America inarguably came out on top and its military was now free to run wild, especially in its own hemispheric backyard.

The new world order called for new paradigms and policies, and as explained before, anti-communist intentions were no longer justifiable reasons for the US to do as it pleased. Also, the changing nature of global processes meant that ‘small wars’ and ‘regime change’ (always one of Washington’s favorite ‘tools’) were gaining ever more allure as America’s preferred methods of ‘conflict resolution’.

As a result of the scandal, Noriega’s role in financing the CIA’s Contras through drug trafficking and money laundering was exposed, and he was intentionally painted by the American media as an international pariah. This facilitated the creation of a manufactured crisis against the perfect straw man, which would in turn allow the US to test its new war-fighting and perception management techniques.

How It Played Out

In the run-up to war, the US accused Noriega of being a drug-trafficking dictator that engaged in human rights abuses and rigged elections. The Marines deployed to the US-controlled Panama Canal Zone were then ordered to leave their territory and carry out provocations against the Panamanian people and the Panama Defense Forces (PDF), according to the Academy Award-winning 1992 documentary, The Panama Deception. The US was itching for a war, and it finally got what it was looking for after “the Hard Chargers”, an aggressive group of Marines, ran a PDF road block and were fired upon, killing one and prompting Bush the First to launch his eagerly anticipated war.

Nearly 30,000 US troops promptly invaded Panama, many of them transiting over 2,000 miles from the US’ shores to the Panamanian coast. This overpowering and disproportionate force was intentional, as not only did the US want to send a strong message to the rest of the world one month after the Cold War ended, but it also wanted to test its capability for launching rapid long-distance deployments, which would soon come in handy for Operations Desert Shield and Desert Storm (the First Gulf War).

Once inside the country, US forces were accused of torching the El Chorrillo neighborhood of Panama City and carrying out extrajudicial killings, resulting in what The Commission for the Defense of Human Rights in Central America and the Commission for the Defense of Human Rights in Panama estimated to be between 2,500-3,500 deaths, over ten times more than the US Southern Command’s final listing of 205. US forces eventually cornered Noriega, who was hiding in the Holy See’s embassy, and used psychological tactics such as blasting deafening rock music to ‘convince’ him to surrender. He was then apprehended and shipped off to the US to face drug trafficking, racketeering, and money laundering charges, for which he was found guilty and ended up serving 17 years in prison.

The Lessons For Tomorrow

Although it seemed like a quick and (unfortunately) forgettable episode of American militancy akin to the 1983 Invasion of Grenada, the War on Panama was actually largely influential in shaping the way America fought its post-Cold War conflicts. Let’s look at the three most important lessons learned:

The US military took on the self-anointed role of ‘global policeman’, which would then be evoked in Iraq, Somalia, Haiti, Bosnia, and Serbia in the next decade alone. When it came to bringing ‘justice’ to the ‘bad guys’, the US set its own escalating precedent of declining standards:

The war was the US’ first real foray into testing the domestic and international public’s acceptance of these new and subjective ‘justifications’ for conflict in a post-Cold War world. The ‘humanitarian’ aspect dealt with stopping a ‘dangerous’ drug trafficker and ‘ruthless’ anti-democratic tyrant, whereas the ‘responsibility to protect’ was only invoked after one of “the Hard Chargers” was killed and Bush the First said that the 35,000 US citizens in Panama were supposedly ‘threatened’ as a result. Other than opening the future floodgates of HI/R2P rhetoric in the 21st century, it was also the first time a Bush President lied to start a war.

Finally, the regime change operation against Noriega showed that the US’ old friends from yesterday could quickly be turned into its new enemies for tomorrow. The Panamanian General was the CIA’s close partner for years in supporting the anti-government Contras during the secret war in Nicaragua, yet the US betrayed him when he was no longer useful to them. The same happened to Saddam Hussein vis-à-vis his country’s 8-year-long war against Iran, when he was partnered with the US as a close strategic ally. Last but not least, the lesson of Gaddafi’s betrayal by his new Western ‘friends’, not even a decade after abandoning his weapons of mass destruction and opening his country’s oil fields to Western investment, shows that this traitorous pattern is tried and tested even today.