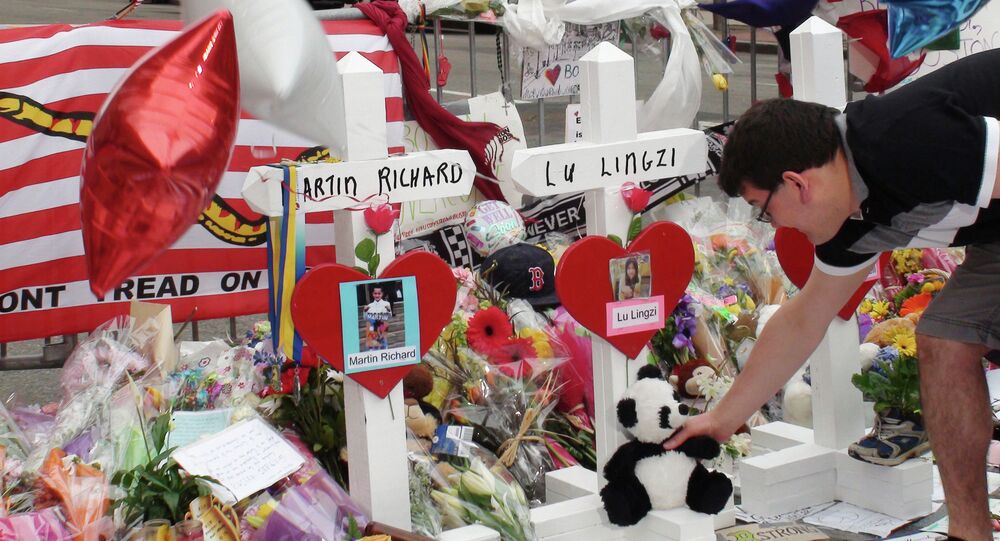 A friend of Dzhokhar Tsarnaev, accused of carrying out deadly bombing at the Boston Marathon in April 2013, has pleaded guilty to possessing a gun later used to kill an MIT police officer.

© AP Photo / FBI, File
Boston Marathon Bombing Suspect Dzhokhar Tsarnaev Appears in Court
"He pleaded guilty because he committed the crimes and we’ve concluded that it would be in his best interest to do so," said Jonathan Shapiro, Silva’s attorney, as quoted by the Boston Herald. Silva confirmed he had possessed the weapon in February 2013, giving it later to "another individual", who was not named during the proceedings. In July, Silva was charged with possession of a weapon and selling heroin. He initially pleaded not guilty, according to the AP.

The weapon was allegedly used in the fatal shooting of Sean Collier, 26, a police officer for the Massachusetts Institute of Technology, Shapiro stated. Tsarnaev, 21, is accused of killing the officer during a citywide manhunt for him and his older brother Tamerlan. The siblings shot Collier "in the head at close range with a Ruger P95 9mm semiautomatic handgun" and tried to steal his service weapon, prosecutors claim, as quoted by the Boston Globe. The gun was recovered after a shootout in Watertown.

Boston Marathon Bombing Suspect’s Brother Involved in Triple Murder: Reports
Silva is "not charged with having anything to do with the bombing," Shapiro said, as quoted by the Boston Globe. Boston Marathon bombing, which left three people killed and over 260 wounded, took place in April 2013.

Silva, who went to high school with Tsarnaev, entered plea bargain with federal prosecutors on Friday. Under the court decision, details of the deal are sealed. The sentencing hearing will be held March 17, according to the Boston Herald.

The trial of Dzhokhar Tsarnaev is scheduled to begin on January 5. It remains unclear whether Silva will testify against Tsarnaev.

Tsarnaev’s Friend to Testify Against Him in Trial: Reports