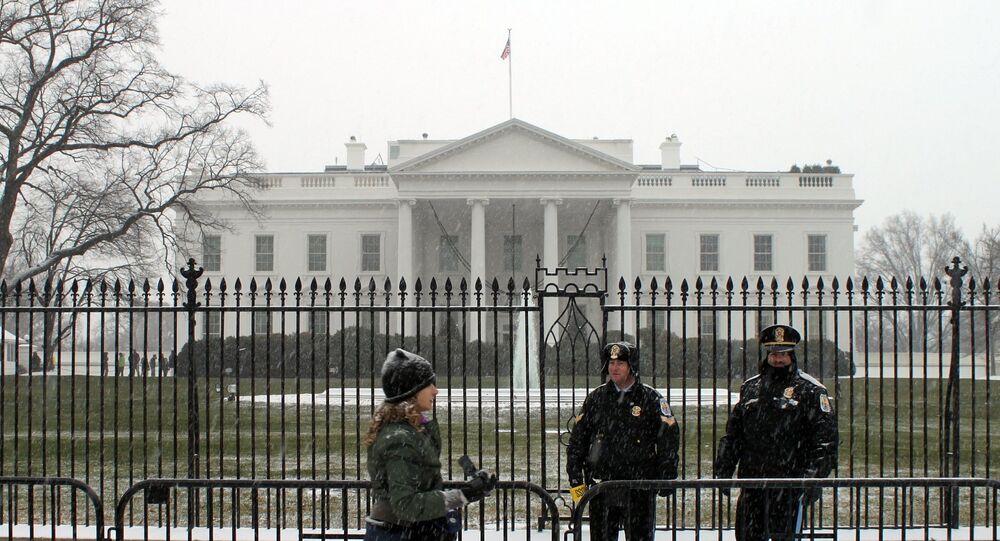 The US Department of Homeland Security announced that it has released its recommendations from the independent panel review of the Secret Service, following the White House security breach that the agency failed to prevent earlier in the year.

© Flickr / sandwich
US Lawmakers Call for Secret Service Director to Resign After Recent Security Breach
WASHINGTON, December 19 (Sputnik) — The US Department of Homeland Security (DHS) released its recommendations from the independent panel review of the Secret Service, which include building a new fence around the White House and employing more agents, DHS Secretary announced.

“In October, I announced the formation of a panel to conduct an independent inquiry of the United States Secret Service,” DHS Secretary Jeh Johnson said Thursday, adding that he received the independent panel's recommendations.

The panel’s recommendations follows the White House security breach that the agency failed to prevent earlier in the year, which caused former US Secret Service Director Julia Pierson to resign.

Sebastian Wallroth
Secret Service Must Explain White House Security Breaches: US Congressman
The panel of four former federal official’s recommendations included finding a new Secret Service director outside of the agency, who could help reform the agency’s “administrative capabilities”, be “clear with its priorities”, as well as to “to help strengthen [the Secret Service’s] a culture of accountability.”

The panel stressed the need for the current fence around the White House to be changed immediately in order to “provide better protection,” in addition to staffing the Secret Service at a “level that enables it to provide a true Fourth Shift for training to its Presidential Protective Division and Vice-Presidential Protective Division special agents.”

“Due in large part to limitations on personnel, the Service's training regimen has diminished far below acceptable levels,” the report read. The panel suggested that Congress and the Executive Branch work to appropriate more money for the agency to hire 85 additional special agents and 200 Uniformed Division officers.

Sebastian Wallroth
US Secret Service May Install Checkpoints Around White House: Reports
The panel said that among the most important recommendations was for the new Secret Service Director to “start with a zero-based budget.”

“Forget about what the Service has asked for in the past,” the report said. “Define the mission, and make the argument to policy makers in the Executive Branch and Congress that this sum, which we believe to be more than current appropriations, is needed.”

Johnson announced that the DHS would conduct an independent review of the secret services after US Army veteran Omar Gonzalez climbed over the White House fence and entered US President Barack Obama’s residence with a knife on September 19.

Although president Obama and his family were not in the White House at the time of the incident, the security breach triggered sharp criticism of the US Secret Service, with the agency’s former director to resign days after the breach.

US Secret Service Fired Gun Near Iranian Leader in ’06—Book