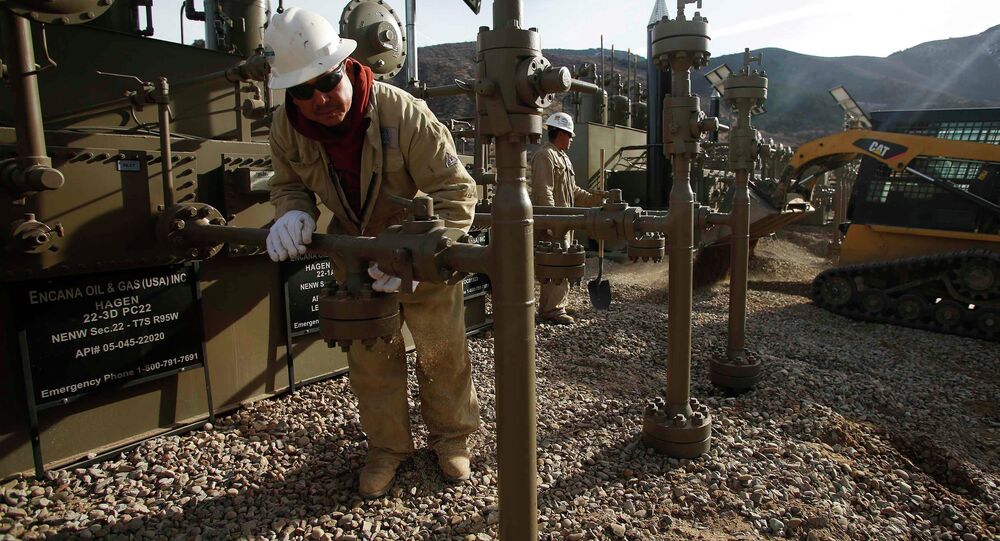 Developments in the US energy sector in recent years have bolstered the country's energy security, sustainability and economic competitiveness, but challenges remain, IEA executive director said.

"Developments in the US energy sector in recent years have bolstered the country's energy security, sustainability and economic competitiveness, but challenges remain," IEA Executive Director Maria van der Hoeven was quoted as saying in the press release of the report.

"The Energy Policies of IEA Countries: United States – 2014" report indicates that the US natural gas boom led to equilibrium in electricity prices and cutbacks in levels of greenhouse gas emissions. As a result, the energy system is more flexible when compared to the previous 2008 report.

© Sputnik / Anton Denisov
World Apart at Global Climate Change Talks in Lima
However, it also points at the need for significant investment in the electricity sector in order to meet demand and contribute to climate change efforts. In particular, renewable energy, nuclear, carbon capture and storage projects require long-term investment and imply high expenditures. There is concern that money for these types of projects is allocated less frequently and less generously on the competitive electricity markets.

The durability of American federal tax incentives and the Renewable Fuel Standard (RFS) program also impedes the development and growth in production of renewables, the report indicates. The RFS presupposes that renewable fuel should be blended into transportation fuel in increasing quantities each year, increasing to 36 billion gallons by 2022, according to the US Department of Energy site.

The report also recommended the United States apply both US coordinated national policies, in particular the Climate Action Plan, aimed at reducing the country's reliance on fossil fuels, and the IEA's suggested policy actions.

US Exerting Pressure to Press Russia Out of Ukrainian Energy Market

Russian Energy Transportation Not Targeted by US Sanctions: US Treasury