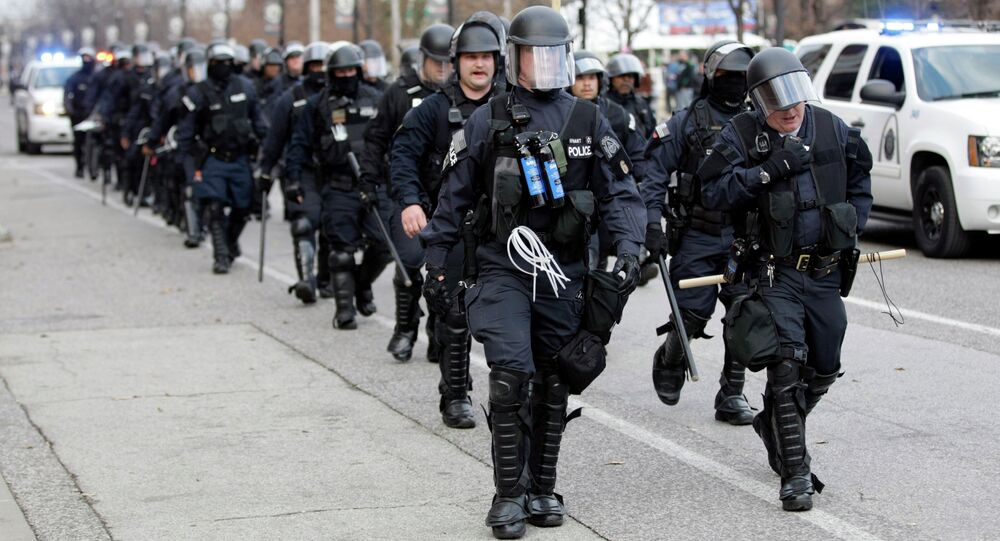 According to the new budget plan, an additional $8 million will allow the city to hire 160 police officers over two years.

MOSCOW, December 18 (Sputnik) — St. Louis authorities have initiated a plan to raise funds to hire more police officers amid an increase in crime following an incident in Ferguson in which a black teenager was shot by a white policeman, the office of St. Louis mayor announced.

© REUTERS / Jim Young
Ferguson Unrest Indicates ‘Ruptures’ in US Society: Ombudsman
"Since August [when the incident in Ferguson took place], violent crime has been going up," Mayor Francis Slay said, as published on the website of the office Wednesday.

According to the new budget plan, an additional $8 million will allow the city to hire 160 police officers over two years. Moreover, $400,000 would be allocated to training programs for the new officers.

"I want to thank the budget director for his work, and I look forward to doing what is necessary to see more police officers on patrol protecting our citizens and participating in community relationship programs," the office of St. Louis quoted Aldermanic president Lewis Reed as saying.

© REUTERS / Stephen Lam
Police Response to US Civil Rights Protests
According to the proposal, funds will be raised through increases in fees for services, such as a 5-percent hike in the local parking tax. The proposal must be approved by the Board of Estimate and Apportionment and the Board of Aldermen before being put to a vote.

In late November, Missouri Governor Jay Nixon also called for more funding for state police to continue their operations in the St. Louis region amid protests in Ferguson.

Unarmed black teenager Michael Brown was shot by police officer Darren Wilson in St. Louis County, Missouri, in August. The incident triggered mass protests in the city and across the country. A second wave of protests swept the United States in late November following a grand jury decision not to indict Wilson.