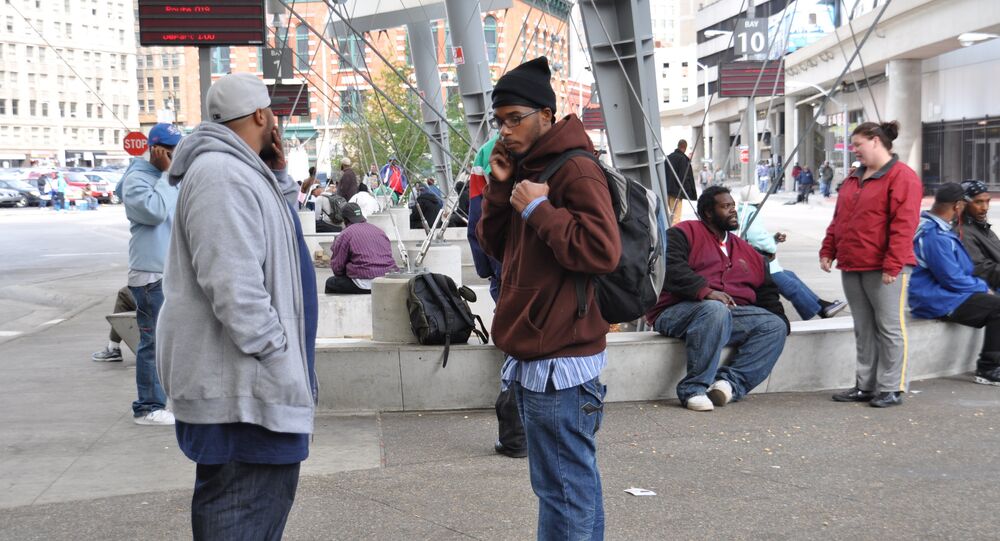 57 Percent of Americans View Race Relations in US as Bad: Poll

More than half of Americans view the state of race relations in the United States as bad, with 23 percent describing them as "very bad" following widespread protests sparked by grand jury decisions not to indict white police officers, who killed Michael Brown and Eric Garner.

MOSCOW, December 17 (Sputnik) – 57 percent of Americans said that race relations in the US are bad, according to a recent poll, conducted by the NBC News and the Wall Street Journal.

© REUTERS / Larry Downing
Obama: US Still Faces Challenges in Race Relations
23 percent of respondents described race relations in the US as "very bad", according to NBC News. Only 40 percent of those, who took part in the survey, were optimistic on the issue. This is the lowest figure registered by the poll in almost two decades.

The survey results stand in marked contrast to views on race in the US just 18 months ago. In July 2013, 52 percent of Americans said race relations in the country were good.

However, the new findings are consistent with attitudes among African Americans, who made up 12 percent of respondents. In July 2013, 58 percent of African Americans said that race relations were bad, with only 38 percent disagreeing. Currently, these figures changed to 63 percent and 35 percent respectively.

Mistrust and Suspicion Pervade Race Relations – US Attorney General
The figures reached an all-time high in 2009, after Barack Obama was elected US president, according to the Wall Street Journal. Back then, 77 percent considered race relations in the US to be good, while 22 percent though they were bad.

The recent findings match those of a NBC News/Wall Street Journal survey conducted in 1995 after O.J. Simpson, a once famous American football player, was acquitted in the double murder.

Over 50% of African-Americans Expect Relations With Police to Worsen: Study