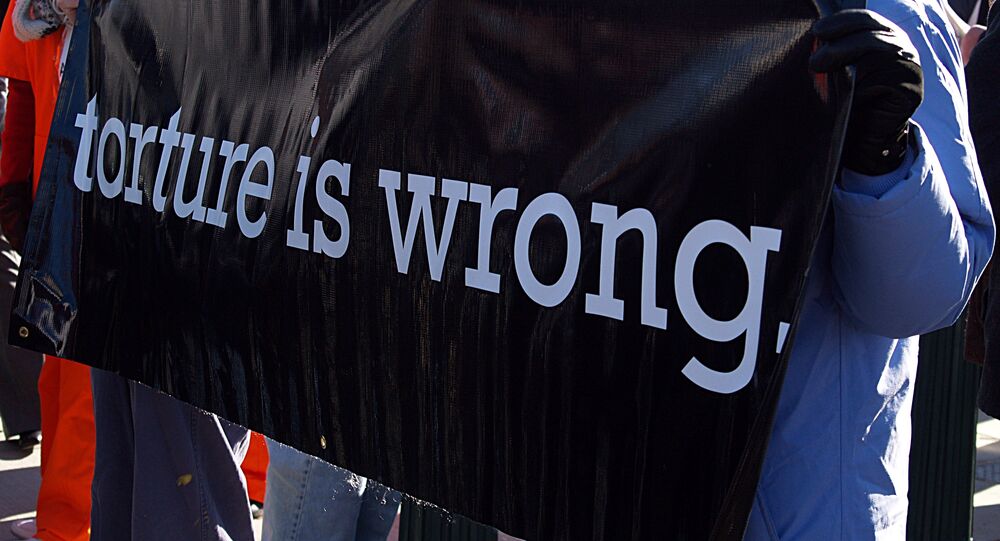 Almost half of the respondents view the CIA treatment of suspected terrorists as torture. However, 53 percent were certain that it was the only way to obtain information.

© Flickr / Val Kerry
Most Democrats Say Torture Necessary, Half of Republicans Agree: Poll
MOSCOW, December 17 (Sputnik) — The majority of Americans in a poll believe that torture of suspected terrorists is justified, a recent poll conducted by The Washington Post and ABC News in the wake of the CIA torture report revealed.

Up to 58 percent of those surveyed claim that torture of suspected terrorists can often or sometimes be justified, with nearly 3/5 of respondents denying the necessity of criminal charges against CIA officers responsible for the torture and cruel interrogation of detainees in US prisons. Some 39 percent of the respondents expressed disapproval of harsh interrogation techniques, according to the poll released on Tuesday.

Only 36 percent of Americans consider the US Senate torture report fair and objective, while 47 percent of those questioned view it as one-sided and incomplete.

Moreover, almost half of the respondents view the CIA treatment of suspected terrorists as torture, and more than half believe that the CIA intentionally misled the White House, Congress and the public about its activities. However, 53 percent of those interviewed were certain that the information could not have been obtained by other means, while 52 percent considered the release of the report wrong as it may further anti-American feelings and increase the threat of terrorism.

Only 43 percent of the respondents supported the release of the report in order to prevent inhuman interrogation practices in the future.

A partial explanation for the findings of the poll may be found in modern pop culture. Joe Navarro, a former FBI agent and interrogation expert, told National Public Radio last week that younger secret service trainees raised on TV shows and blockbuster movies do not take softer tactics seriously.

"Some of the younger guys were, I think, really surprised when we came in and talked about rapport-building, establishing friendships, sharing food," Navarro told NPR.

On December 9, the US Senate Intelligence Committee released a 525-page summary of the detailed investigation into CIA interrogation techniques used on alleged al-Qaeda agents following the 9/11 attacks. According to the paper, the intelligence agency has not provided the full picture of its methods to the US authorities and the public.