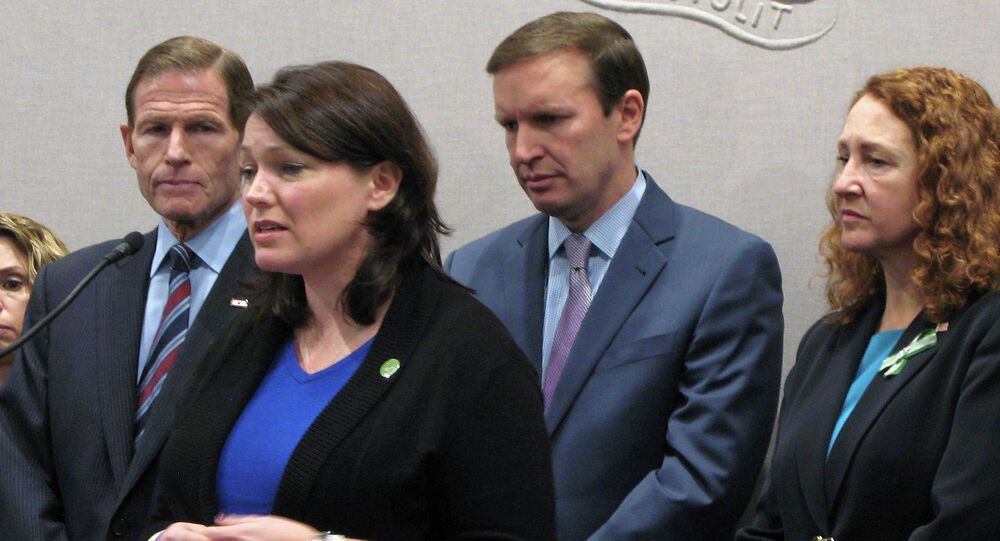 A law firm spokesperson said that Several US firearm companies that have become the target of a civil action lawsuit over the Sandy Hook Elementary School shooting have yet to respond to the victims' families behind the claim.

WASHINGTON, December 17 (Sputnik) – Several US firearm companies that have become the target of a civil action lawsuit over the Sandy Hook Elementary School shooting have yet to respond to the victims' families behind the claim, law firm spokesperson Karen Hinton has told Sputnik.

"They [the firearm companies] have not responded," Hinton, who is also the president of the public affairs firm Hinton Communications, said Tuesday.

The defendants in the lawsuit include a firearm manufacturer which made the Bushmaster AR-15 rifle used by the gunman who killed 26 people during the Newtown, Connecticut, mass shooting. Apart from Bushman Firearms International, firearm distributor Camfour and a local gun store called Riverview Gun Sales, have also become targets of the suit.

The families in the lawsuit are asking the defendants for damages in excess of $15,000 and further relief in the form of "monetary damages, punitive damages, attorneys' fees [and] costs", according to a complaint filed on their behalf.

The initiators of the suit say that the Bushmaster AR-15 rifle used in the shooting that killed 20 first-grade students and six adults at Sandy Hook Elementary School nearly two years ago, is a weapon that the general American public should not be allowed to use because it is a military combat weapon not suited for civilian use.

According to the victims' families' lawsuit, the rifle has been in use in the US Army for 50 years and can produce 30 bullets in just seconds.

The families of those who died in the shooting filed a civil action lawsuit against the manufacturer, distributor and seller's defendants with the Superior Court in Bridgeport Connecticut on Saturday, December 13.

Sandy's Victims to Get Help from Russia