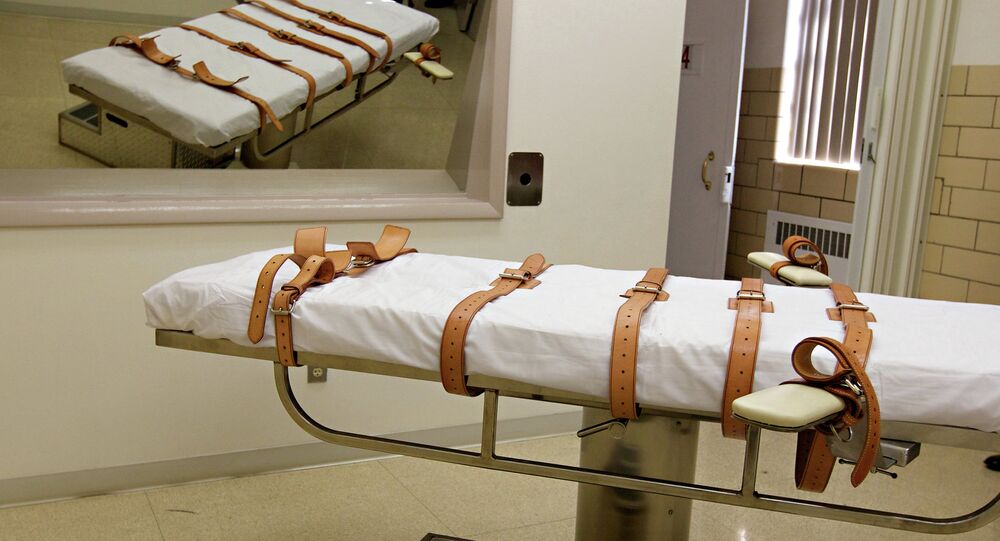 A senior American Civil Liberties Union lobbyist in Ohio said that ACLU believes that executions should be more transparent especially in the US state of Ohio known for its long history of botched lethal injection executions.

MOSCOW, December 17 (Sputnik), Svetlana Alexandrova – The American Civil Liberties Union (ACLU) believes that executions should be more transparent especially in the US state of Ohio known for its long history of botched lethal injection executions, a senior ACLU lobbyist in Ohio Gary Daniels has told Sputnik.

"Here in the state of Ohio, unlike in many other states that allow for lethal injections or other means of capital punishment, we have done an absolutely horrible job with the execution process," Daniels said Tuesday adding that "not only do we think that this process should be transparent in all states but in Ohio, in particularly, it should be as transparent as possible since we have a history of doing things wrong".

In May, a US judge suspended all scheduled executions in Ohio after the controversial execution of Dennis McGuire. It was the longest execution in Ohio's recent history. McGuire choked and clenched his body for 26 minutes after he was injected with an alternative drug mix.

Last Thursday, a new Ohio lethal injection drug bill was passed, which could shield the names of companies that provide lethal injection drugs to the state and, according to its supporters, is necessary in order to protect drugmakers from harassment and public protests.

"Basically, some of the Ohio's lawmakers with this bill want to provide a certain amount of secrecy to the companies that obtain these drugs and mix them together," Daniels told Sputnik explaining that "the idea is that if we give these companies some amount of secrecy, they won't be harassed by the demonstrators". He underlined that, personally, he never heard of that happening before.

In recent years several US states have started to look for alternative lethal injection compounds after the European Union, barred EU drugmakers from selling anesthetics commonly used in lethal injections.

As a result, some US states turned to an alternative source — compounding facilities. According to the new bill, their involvement in the capital punishment process can be kept in secret for the next 20 years.

Gary Daniels stated that ACLU is hopeful that the lack of drugs in the United States may lead to "less capital punishment if not to the end of it". Daniels emphasized, however, that "unfortunately, some states are trying to come up with the new methods or return to the old ways of execution that have been abandoned before such as hanging or firing squads".

Utah and Missouri already allow for inmates to be executed by firing squads. In Wyoming, state law calls for using gas chamber if the lethal injection prosecution is unavailable.