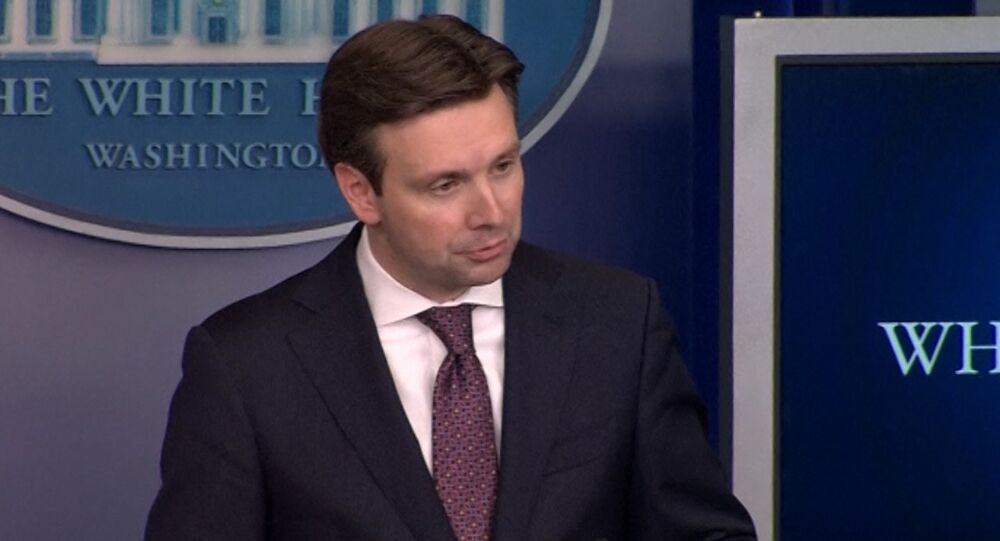 White House spokesperson said that Anti-Russian sanctions to have the same effect on Russian economy as the sanction regime against Iran.

WASHINGTON, December 16 (Sputnik) – Anti-Russian sanctions will have the same effect on Russian economy as the sanction regime against Iran, the White House spokesperson Josh Earnest said on Tuesday.

"There is an analogy here… the sanctions regime that the United States worked with the international community to put in place against Iran…was having a very negative effect on their economy, the same dynamic is in play in Russia," Earnest told journalists during a press briefing.

Earnest underscored that only due to the sanctions the Iranian leadership came to the negotiations table with the international community.

Earlier during the press briefing, Earnest said that US President Barack Obama intended to sign the Ukraine Freedom Support Act passed in Congress last week that would allow to impose harsher sanctions against Russia, even though "it includes some sanctions language that does not reflect the consultations that are ongoing."

The bill would also provide Ukraine with lethal and non-military assistance as well as aid in energy, defense sectors, and civil society.

The United States, as well as the European Union and a number of their allies, have introduced several rounds of sanctions against Russia in recent months, targeting its banking, energy and defense sectors.