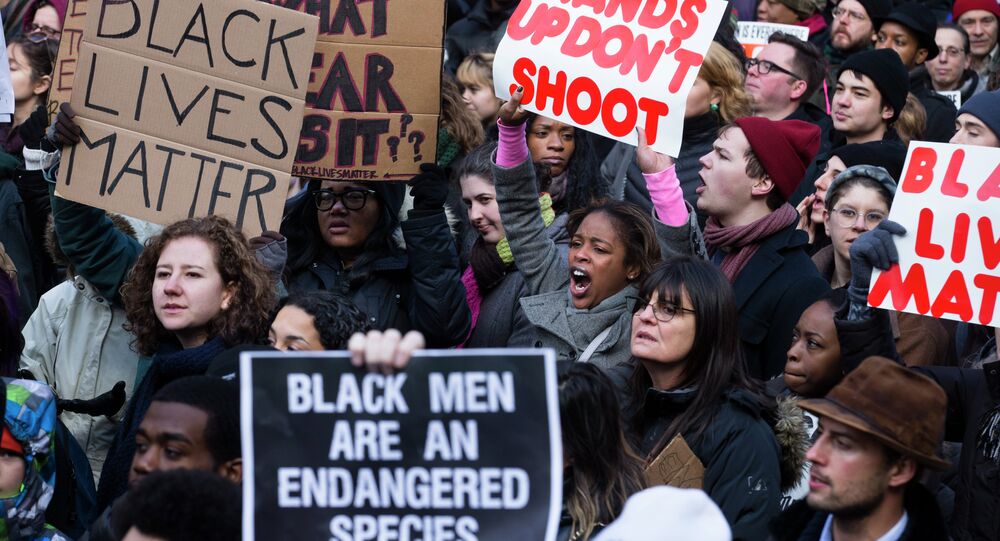 According to the metropolitan police, no arrests or reports of police violence during the weekend "Day of Anger" against police brutality in New York.

NEW YORK, December 14 (Sputnik) – There have been no arrests or reports of police violence during the weekend protests against police brutality in New York, a metropolitan police spokesman has told Sputnik.

"We have not had any arrests. The protest has been very peaceful, this far. We expect things to go very peacefully for the rest of the evening," a New York police spokesman said Saturday, refusing, however, to provide any additional information or give crowd estimates.

Thousands of Americans gathered in Washington Square Park in Manhattan Saturday to march in protest against police violence in the United States.

Abuse of police & DA power? NYC's not having it! #ICantBreathe #MillionMarchNYC pic.twitter.com/LTNmxhkpMK

The protest, called the "Day of Anger" is the latest in a series of nation-wide demonstrations held in the country in the past few months over the Brown and Garner cases.

At the end of November a Missouri grand jury decided not to indict Wilson. Two weeks later a grand jury in New York announced that it would not bring charges against Pantaleo. The jury decisions led to massive protests across the United States.