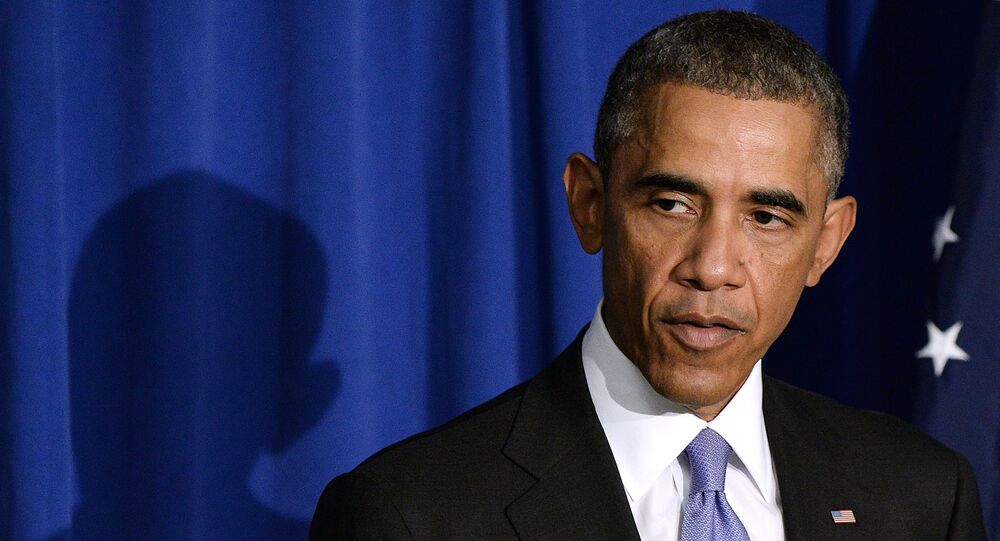 The $577-billion National Defense Authorization Act, passed by the House of Representatives and the Senate now waiting for President Barack Obama's approval.

WASHINGTON, December 13 (Sputnik) – A massive $577-billion defense authorization bill, passed by the US House of Representatives and the Senate, now waiting for President Barack Obama's approval, does not allow moving detainees from the Guantanamo Bay detention camp.

© Sputnik / Kmccoy / wikipedia.org
US Senate Passes $577Bln Defense Bill to Fund Anti-IS Struggle, Syrian Opposition Training
The National Defense Authorization Act, passed by the US Senate 89-11 on Friday, would fund the US Department of Defense through fiscal year 2015, but it prohibits the department from transferring prisoners from the notorious Guantanamo Bay prison, despite US President Barack Obama's promises to close down the detention facility.

The bill, which has not been signed by Obama yet, will provide $495.9 billion for base programs in the Department of Defense, $63.7 billion on overseas contingency operations, such as US airstrikes against Islamic State (IS) militants in Syria and Iraq, and $17.5 billion on national security programs.

The bill also contains a provision that prohibits "the use of Department of Defense (DOD) funds for fiscal year 2015 for bilateral military-to-military contact or cooperation" between the United States and Russia due to Russia's alleged involvement in the Ukrainian crisis.

Last Thursday, the bill was passed in the US House of Representatives with 300 votes in favor and 119 against it.