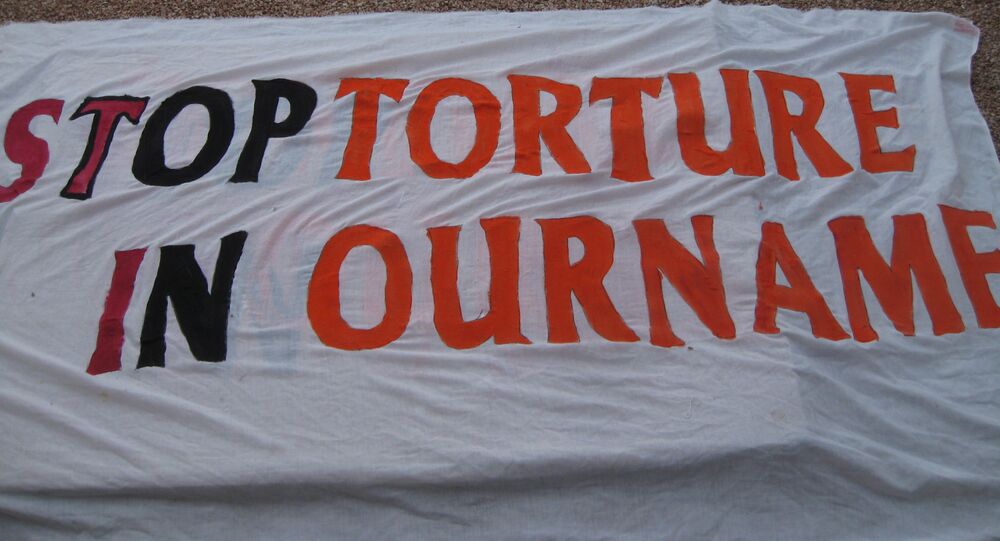 A release of the much-anticipated CIA torture report has not led to any changes in the United State's system, claims Frank Rich, a New York Magazine writer-at-large, adding that the American "nation of law" needs actual reforms to resolve its thorny domestic problems.

"Much of the news in this report is not news at all, but has been in essence reported many times by major news organizations in the years since the Abu Ghraib revelations. And yet we are shocked all over again. So is America moving past its torture era? Hardly. We still live in a land of denial," Franch Rich emphasized in an article "Frank Rich on the National Circus: America Is Still in Denial About Torture" published by New York Magazine.

© Sputnik /
CIA Torture Report Could Strip Some Governments of Their Power: US Senator
The writer points to the fact that the Senate Committee has publicized only a 524-page summary of a document, which contains more than 6,000 pages. Although the executive summary was "heavily redacted," it revealed shocking episodes and has triggered a heated debate worldwide. "Given how grotesque that censored executive summary is, it beggars the imagination to guess what horrors didn't make the cut," Frank Rich stresses.

Despite the fact President Obama outlawed torture techniques shortly after he assumed his high post, the President's effort was drastically mitigated by the fact he refused to hold those who practiced torture accountable for their crimes. While Obama has repeatedly reminded Americans that they live in the land of law, it looks like "the nation's laws are not applied to those in power – whether CIA officers and others who practiced torture, or Wall Street executives who brought the world's economy to the brink of ruin," the writer underscores.

Frank Rich bemoans the fact that there are no potential presidential candidates, who could "improve on Obama's sorry record," stressing that GOP's presidential hopefuls including Rand Paul "are running for cover," while Hillary Clinton has not said anything concrete regarding the much-anticipated report. With a bitter irony, the author cites Mrs. Clinton who said that she "opposed prosecuting 'people who were doing what they were told to do.'"

© Flickr / Justin Norman
CIA Torture Report: Top 10 Enhanced Interrogation Techniques
"In other words, as long as you were just following orders, you bear no responsibility for, say, inflicting "rectal feeding" on an inmate in an American torture chamber in Poland. Let’s be grateful that Hillary Clinton was not presiding over the justice meted out at Nuremberg," the writer says.

Commenting on nationwide protests ignited by killings of unarmed black men, Frank Rich claims that nothing will change "without actual reform in our so-called nation of laws." He refers to the latest CBS News report that indicated that Americans believe the nation is not making any progress while trying to deal with its racial problem.

The US needs a political leadership that will be able to change the current no-win situation. However, those in power do not demonstrate any political will to cope with the country's burning issues, the writer admits.