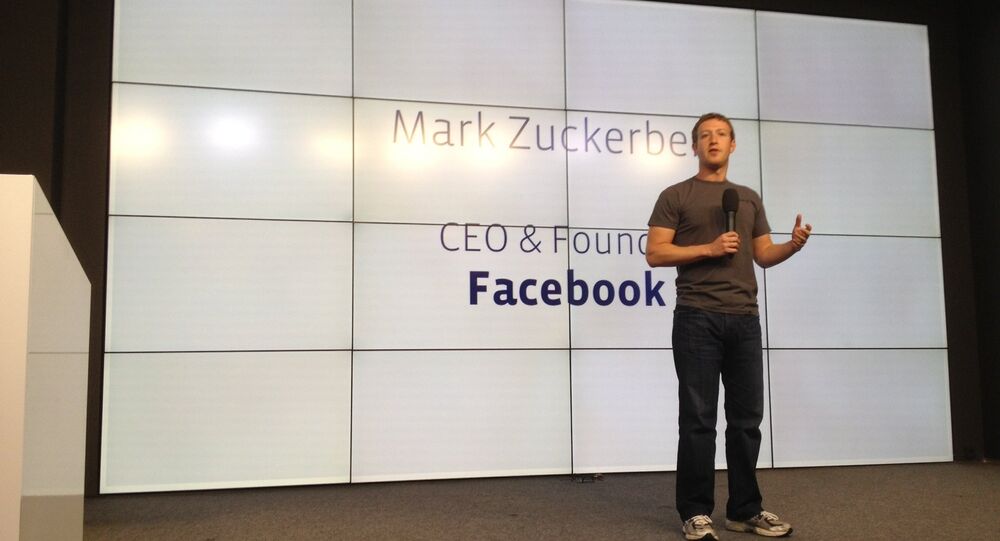 Mark Zuckerberg discussed range of topics during a Q&A session in California; Facebook, his personal New Year's resolutions and his favorite pizza topping.

© Flickr / Robert S. Donovan
Facebook to Reduce Promotional Adverts in Response to Users Requests
Mark Zuckerberg said the ‘dislike’ function was one of the most requested features the social network receives from its users. He said his site is "thinking about" how to implement a way to dislike posts.

He added that the site would need to find a way to make sure it did not become a way to debase people's posts.

"One of things we've thought about for quite a while is what is the right way to make it so that people can easily express a broader range of emotions," Mark Zuckerberg told an audience at  Facebook's headquarters, reports BBC.

"Some people have asked for a dislike button because they want to say, 'That thing isn't good.' That's not something that we think is good for the world.

As for his personal views Zuckerberg said, "I don't think there needs to be a voting mechanism on Facebook [for] whether posts are good or bad. I don't think that's socially very valuable or good for the community. But the thing that I think is very valuable is that there are more sentiments that people want to express than just positivity or that they like something," reported PC Mag.

Facebook’s Zuckerberg Conducts Q&A in Chinese, Charms Beijing Students
On the lighter note the Facebook creator admitted that while he takes New Year's resolutions "pretty seriously," he typically doesn't decide on one until the last week of the year. Some of his past personal challenges have included learning to cook and to speak Mandarin. The language skills according to PC Mag, Zuckerberg demonstrated in Beijing during his visit in October.

He added that one personal possible resolution for New Year’s: stop eating fried chicken on pizza.

Facebook to Reduce Promotional Adverts in Response to Users Requests