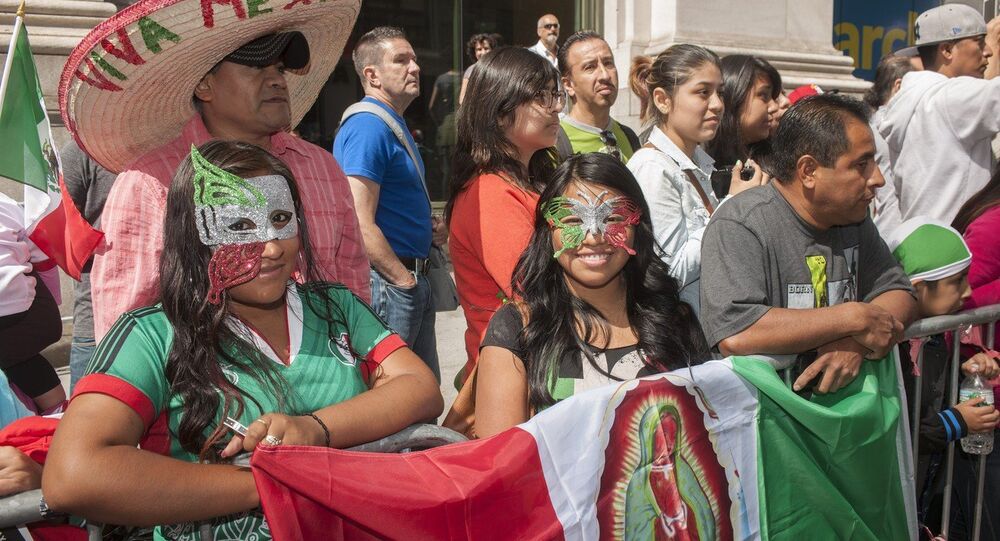 Non-Hispanic Whites to Constitute Only 40% of US Population by 2060: Report

The aging of the non-Hispanic majority will lead to its dramatic drop in the share of the US population.

© Sputnik / Sergey Guneev
Latino Voters Back Obama on Immigration: Polling Group
MOSCOW, December 11 (Sputnik) — Non-Hispanic whites who were born in the United States will make up only two-fifths of America's population by 2060, facing a dramatic drop by 23 million in the period between 2015 and 2060, US Census Bureau statistics revealed.

The main factor behind this once significant majority becoming a minority is an aging population.

Non-Hispanic, or non-Latino, whites currently constitute about 63 percent of the population, but this index will decline up to 55.5 percent in 2030, 49.3 in 2045 and 43.6 by 2060. In contrast the rest of population, including minorities and immigrants, will increase by 118 million, according to analysis conducted by Brookings Institution's William Frey, confirming the Census data.

Meanwhile, the share of citizens who were born outside of the US is projected to grow in coming decades. Today, about 13 percent of US population is foreign-born, but by 2049, this number is projected to be slightly more than 18 percent and will constitute nearly 19 percent in 2060.

Current estimates put the number of Americans identifying as Hispanic or Latino at roughly 54 million or 17 percent, according to the US Census Bureau. They are disproportionately affected by poverty, food insecurity, and unemployment.