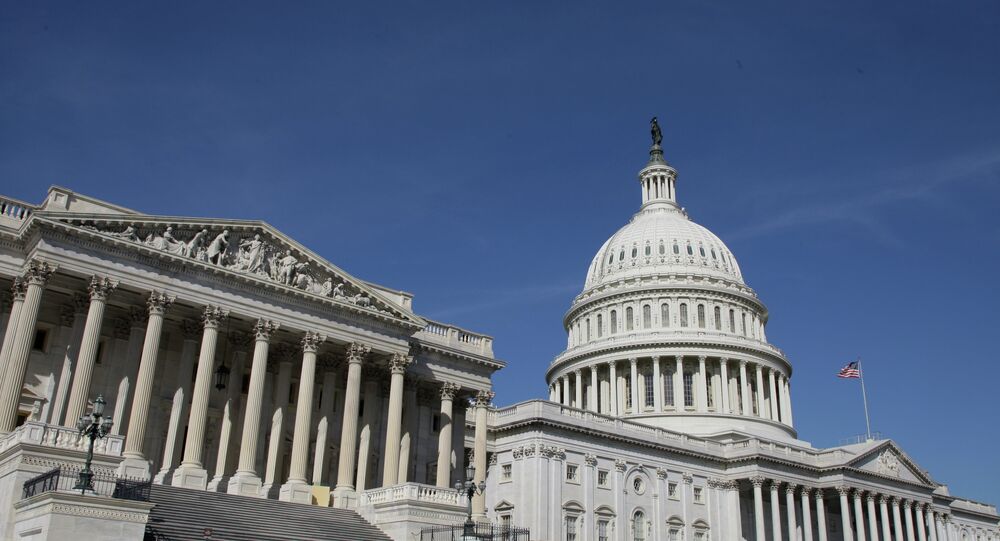 CNN reported Wednesday that the US government has agreed on the $1.1 trillion spending bill, which will prevent the Congress's shutdown.

MOSCOW, December 10 (Sputnik) — Democrats and Republicans have reached an agreement on the $1.1 trillion spending bill, which is supposed to fund the US government for almost one full fiscal year, CNN reported Wednesday.

© East News / UPI Photo / eyevine
US Homeland Security Budget May Lead to Government Shutdown: Congressman
This agreement means that most likely the US government will avoid shutdown.

"While not everyone got everything they wanted, such compromises must be made in a divided government. These are the tough choices that we must make to govern responsibly and do what the American people sent us here to do," Maryland Senator Barbara Mikulski, a Democrat, and Kentucky Representative Hal Rogers, a Republican, were quoted as saying in a joint statement by the news channel.

Republicans in the US House of Representatives have introduced a $1.1 trillion spending bill which would fund the US government until September 2015, but would only fund the Department of Homeland Security until February.

Congress has until December 11 to pass a bill to fund government operations or risks a government shutdown. According to CNN, the vote is expected to take place a little before the deadline.

US Bill to End Gov't Access to Electronic Devices Unlikely to Pass: Expert

US Senator to Introduce New Drone Use Bill Amid Collisions