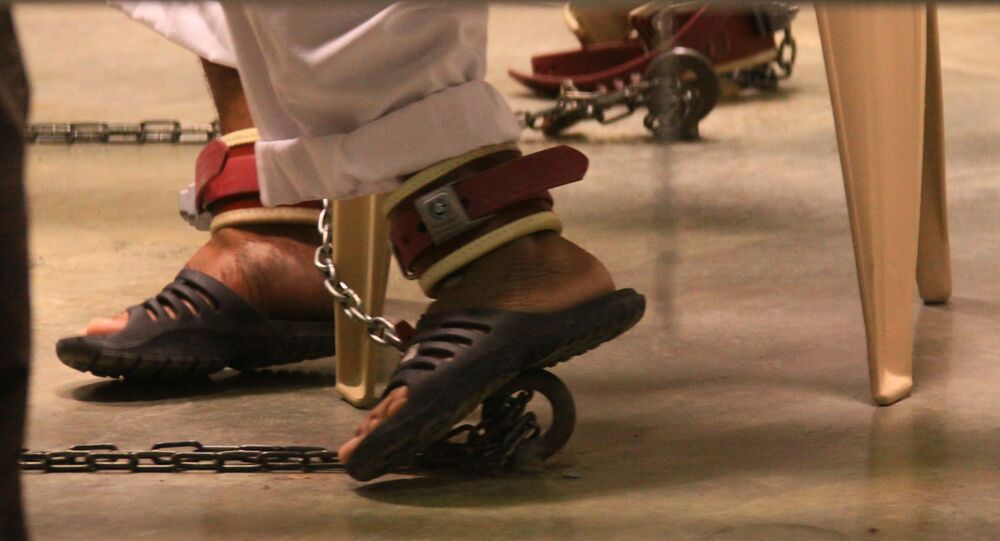 "Enhanced interrogation" is a direct literal translation of the German "verschaerfte vernehmung" – and that's what the Gestapo manual called the same techniques. Whether the US knew this literal translation or not, it is still quite ironic that the techniques are the same, including waterboarding," McGovern, who worked at the CIA for over 40 years, said Tuesday.

McGovern's comments came just hours after the US Senate Intelligence committee released a scathing report on CIA interrogation techniques, many of which amounted to torture.

© REUTERS / Larry Downing
CIA Paid Millions to Company for Developing Interrogation Techniques
The analyst applauded Senator Feinstein for releasing the report, which he said was necessary because someone needs to exercise oversight when people are violating both US law and the UN convention against torture.

"It is necessary to expose these things to the light of human conscience and to international opinion so people can see what happened and hopefully be deterred from letting it happen again," McGovern said.

There is a UN convention against torture that prohibits such practices, McGovern explained, however, he added, after 9/11 everything changed, fears were stoked in the hearts of Americans and torture gradually became something that could be considered and debated.

© Flickr / Val Kerry
Senate Report Reveals Brutal CIA Torture Practices
"The especially troubling thing is that no one is being held accountable. The especially troubling thing is that the Directors of the CIA, who are directly responsible for this, George Tenet, Michael Hayden, are bragging about their achievements and are not being held accountable. These are war crimes," he said.

McGovern also discussed why torture was still being employed, despite clear evidence that it rarely produced useful information.

On Tuesday, the Senate Intelligence Committee released a summary report that included over 500 pages of the detailed investigation into the CIA interrogation techniques that were used on alleged al-Qaeda agents, following the 9/11 attacks on Washington and New York.