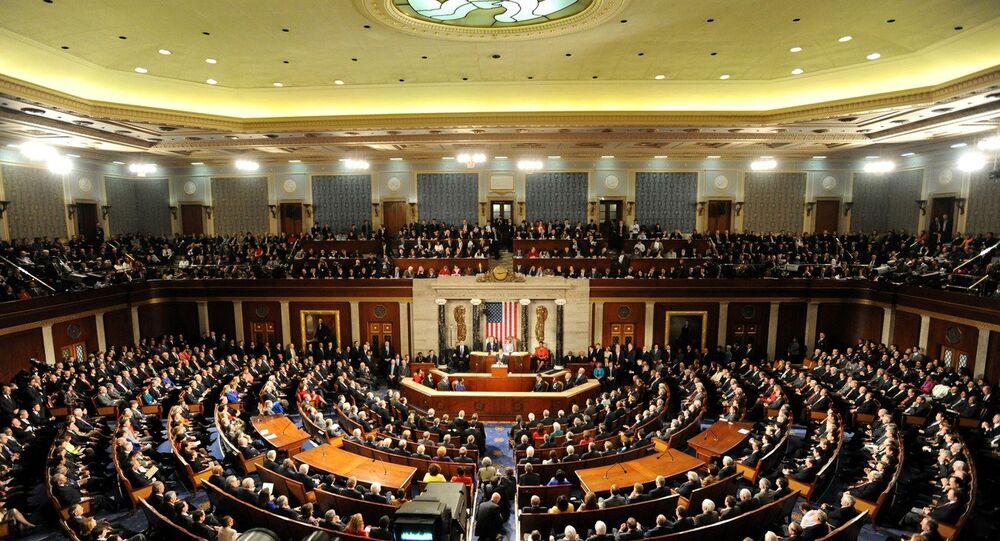 A US congressman stated that the short term spending bill that limits the funding of the Department of Homeland Security (DHS) may result in "sinking the whole ship".

© AP Photo / Chairman of the Joint Chiefs
US House of Representatives to Pass Temporary Budget Bill
WASHINGTON, December 10 (Sputnik) — The short term spending bill that limits the funding of the Department of Homeland Security (DHS) could bring US Congress to another government shutdown, a US congressman said.

"It just seems like we [the Congress] are back where we were last year when the government shut down because there were people who believed they could play games with the budget," Democratic Congressman Xavier Becerra stated at a press conference Tuesday.

"Right now it's hard to predict how this goes on," Becerra stated on whether the bill will pass by the deadline. "We hope that in the next couple of days sanity will prevail."

© REUTERS / Larry Downing
Obama: Future US Administration's Actions Can Be 'Damaging' to Immigration
According to the Democratic Representative David Price, it is yet to be determined if Democrats will hold up the passage of the spending bill. He said that there is a question as to whether the lack of funding for DHS will "sink the whole ship" and prevent a majority in the House and in the Senate from passing the bill.

Republicans in the US House of Representatives have introduced a $1.1 trillion spending bill, which would fund the US government until September 2015, but would only fund the Department of Homeland Security until February.

Congress has until December 11 to pass a bill to fund government operations, or risk a government shutdown. Members of the House and Senate, including senior Democratic Senator Carl Levin have reported that the bill will be passed by the Thursday deadline, averting a government shutdown, but major disagreements on key portions of the bill remain.

Obama: Future US Administration's Actions Can Be 'Damaging' to Immigration

US Criminal Justice System Reform to Get Bipartisan Support: US Senator

US Criminalization of War Results in Loss of Valuable Intelligence: Senator

US Use of Military Force Against IS Should Allow for Time Extension: Kerry

Tags:
national security, US Congress, US Department of Homeland Security, US
Community standardsDiscussion