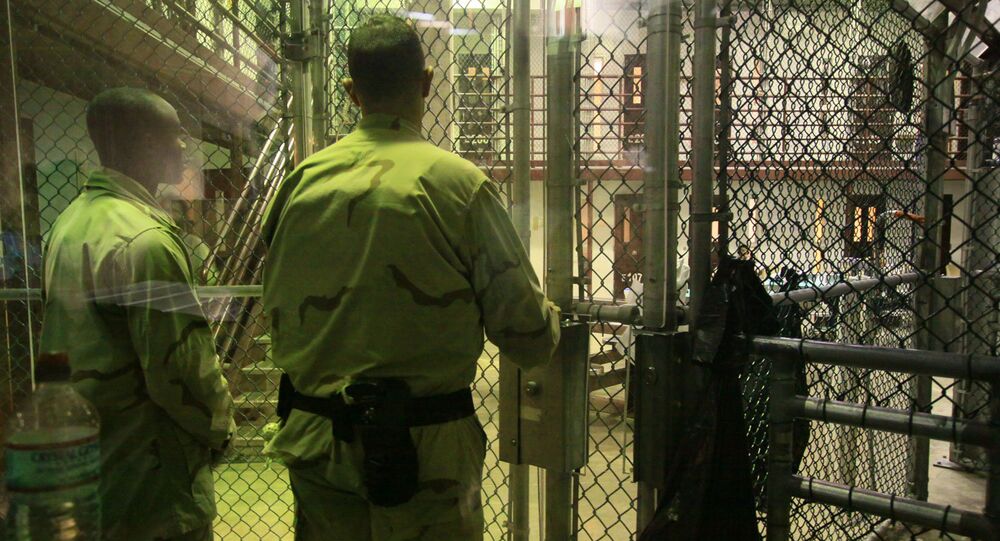 Over 630 Released Gitmo Prisoners Moved to 53 Countries Since Launch

Washington has prohibited transferring Guantanamo detainees into the United States and eased their relocation to other countries. At the same time, other governments do not seem happy to accept former prisoners.

© Sputnik / Denis Voroshilov
US Releases Six Guantanamo Bay Detainees, Transfers to Uruguay: US DOD
MOSCOW, December 9 (Sputnik) – Over 630 prisoners who were incarcerated at the US Guantanamo Bay detention facility have already been released and sent to 53 different countries since the notorious prison was established in 2002, a database of documents presented by The New York Times and NPR showed.

The Guantanamo Docket, revealing that the majority of former prisoners have been sent to Afghanistan (199), Saudi Arabia (123) and Pakistan (63) was last updated after the recent batch of detainees were freed from the facility and moved to Uruguay for resettlement as refugees on December 7.

The six freed detainees transferred to Uruguay are four Syrian citizens (Ahmed Adnan Ahjam, Ali Husein Shaaban, Abd al Hadi Omar Mahmoud Faraj and Jihad Ahmed Mujstafa Diyab), one citizen of Tunisia (Abdul Bin Mohammed Bin Abess Ourgy) and one Palestinian national (Mohammed Abdullah Tahamuttan). They were supposed to be released in 2009, but remained in Guantanamo as US authorities struggled to find a destination for them until Uruguayan President Jose Mujica agreed to accept the former prisoners.

© Sputnik / Denis Voroshiliov
Guantanamo Prisoners Better Off in Gitmo Than in US Prisons: Lawyer
David Remes, a lawyer who has represented some of the Guantanamo captives, told Sputnik on Monday that it is difficult to persuade other countries to accept detainees when the United States itself refuses to take them.

The recent release puts the number of inmates currently at the Guantanamo Bay facility at 136, according to the Department of Defense. Almost half of them have been cleared for transfer yet remain at the facility as their native countries cannot currently accept them, as they are either unstable or unsafe.

The detention camp, located in Cuba, has been the subject of harsh criticism since its establishment in the aftermath of the September 11, 2001, terrorist attacks on the United States. Health workers, inspectors and former detainees have described cruel and inhumane conditions at the camp, including the use of torture.

© AP Photo / Lefteris Pitarakis
Former Guantanamo Inmate Criticizes Western Approach to Fighting IS
Obama signed an order for the closure of Guantanamo Bay in 2009, describing it as a "sad chapter in American history." The closure has not yet taken place.

Earlier in December, the US House of Representatives passed the National Defense Authorization Act, prohibiting any transfers of Guantanamo detainees from the facility into the United States but instead easing a ban on transfers to other countries.

Most Guantanamo Prisoners Have No Intention to Return to Battlefield