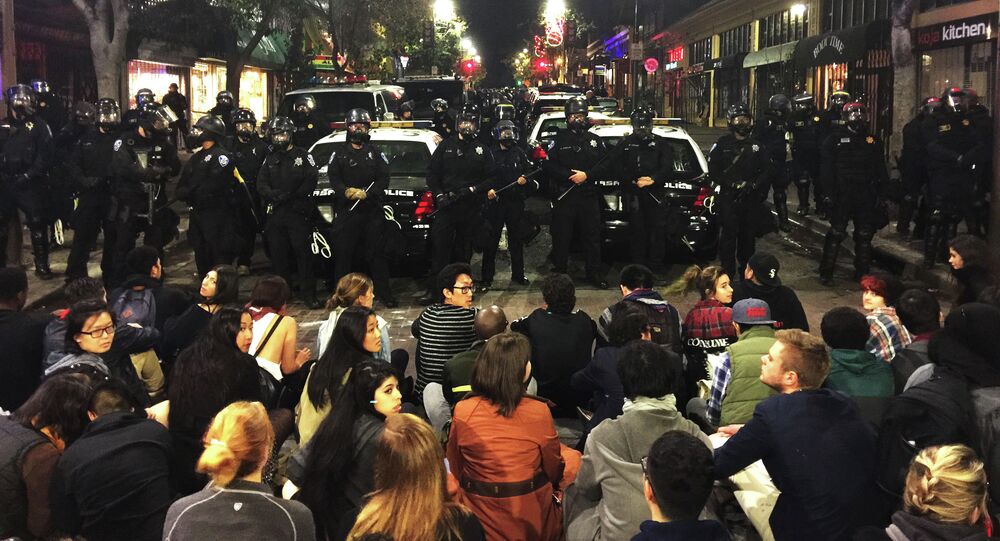 More than 1,000 Protest in Berkley Third Night in Row

Protesters have been demonstrating against police killings, violence and racism in the US.

It was the third night in a series of Berkley protests designed to bring attention to the excessive use of power by police officers and the ineffectiveness of US judicial system.

“We’re standing up for what we want, standing up for ourselves,” said one of the protesters, 30-year old Danielle Fung. “We are bringing attention to humanity,” she added.

“By shutting down this train, it will delay the rest of the trains in the Bay Area,” he said. “Now everyone will be asking, 'Why are the trains delayed?’ Because of the protesters. Unless we’re free, we will prevent the system from operating,” said 30-year old Navid Shaghaghi, cited by San Francisco Chronicle.

The grand jury’s decisions in Ney York and Ferguson not to bring charges against white police officers responsible for deaths of two black men - Eric Garner and Michael Brown - caused mass discontent among American citizens and have led to a wave of protests in a number of US cities.

New Yorkers Decide to Lie Down in Protest of Police Brutality