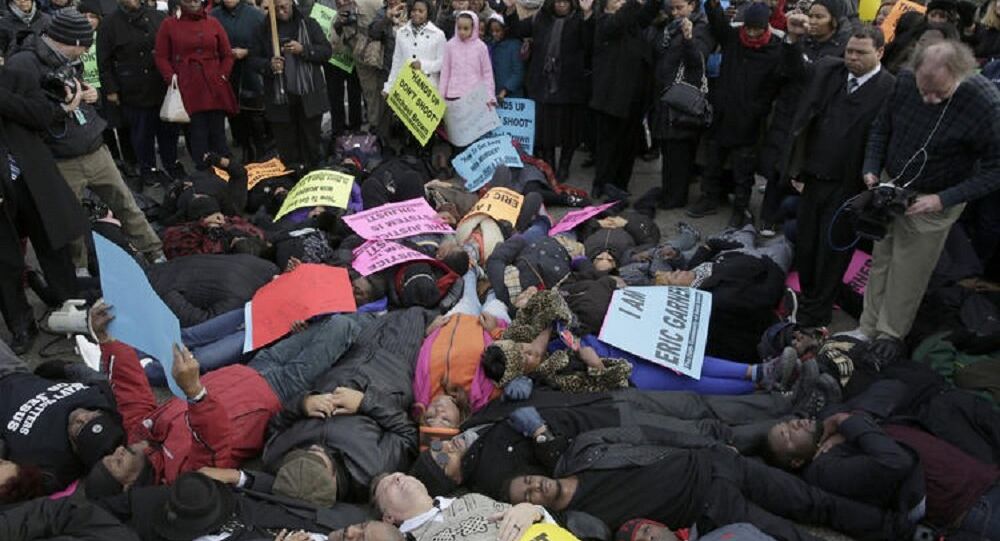 Religious Groups reportedly held peaceful protests in Chicago over two recent US grand jury decisions not to indict white police officers who were responsible for the deaths of African-American men.

MOSCOW, December 8 (Sputnik) – Chicago religious leaders headed peaceful protests in the city over two recent US grand jury decisions not to indict white police officers who were responsible for the deaths of African-American men this summer, Chicago Tribune reports.

"We've got to hold all law enforcement accountable just like we hold ourselves accountable," Pastor Chris Harris of Bright Star Church said after the Sunday protest march as quoted by the Chicago Tribune.

According to the daily newspaper, the protesters marched across Chicago chanting “Black life matters” and staged several die-ins in the city streets.

A die-in is a type of protest where people lie down on the ground to resemble dead bodies at a crime scene.

Die-ins have been common in recent nation-wide protests in the United States against grand jury decisions not to bring charges against white police officers Daniel Pantaleo and Darren Wilson, who are responsible for the deaths of two African-American men is separate incidents earlier this year.

New York City policeman Pantaleo put 43-year-old Eric Garner in a chokehold, which resulted in the African-American man dying from suffocation in July. Wilson killed Michael Brown after shooting at the unarmed 18-year-old African-American in Ferguson, Missouri, in August.