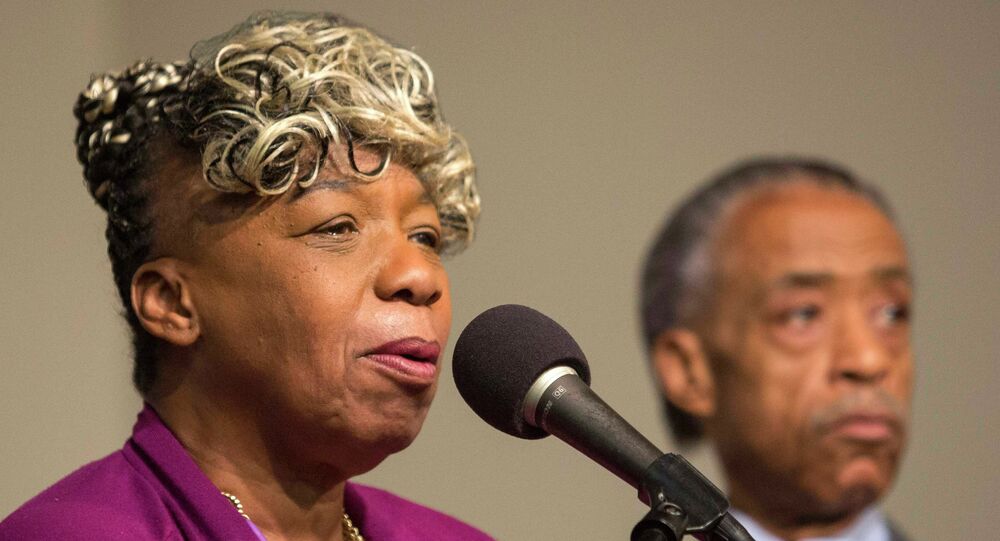 Mother of an unarmed African-American who was choked to death by a white police officer called on demonstrators to continue protesting against US police brutality.

MOSCOW, December 6 (Sputnik) — Mother of Eric Garner, an unarmed African-American who was choked to death by a white police officer Daniel Pantaleo in New York earlier this year, called on demonstrators to continue protesting against US police brutality, the Wall Street Journal (WSJ) reported on Saturday.

Eric Garner was held in chokehold by a white US police officer who was trying to arrest him for selling contraband cigarettes in July. A New York grand jury recently decided not to bring changes against the responsible officer.

Speaking at a gathering organized by civil rights activist Rev. Sharpton, Garner's mother said protesters recognized and hugged her on highways where she encountered marchers and urged them to keep up the peaceful protests, the WSJ reported.

Meanwhile, new protests emerge in Brooklyn over another killing of unarmed African-American, Akai Gurley, who was shot dead in November by a white rookie police officer. The protesters organized demonstrations via social media following Gurley’s funeral on Saturday morning.

Over the past two years, most notably in 2014, cases of killings by US police officers have reinstated debate over US police brutality and racism, sparking a wave of mass protests and riots across the country, and fortified by the grand juries' decisions not to indict the police.