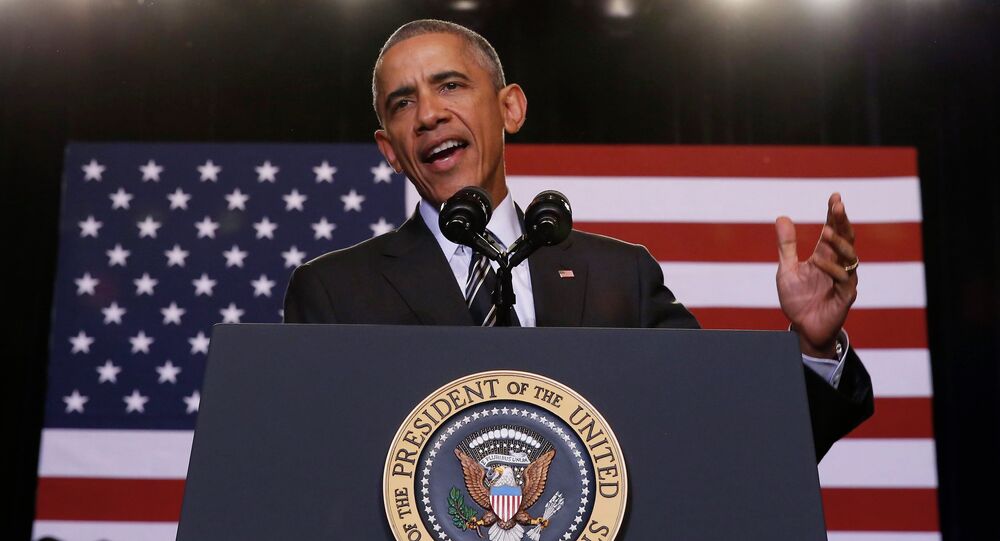 US President Barack Obama said that America faces no shortage of challenges to its national security, with ISIL and Ebola among main security tasks of the country and stressing the need to continue strengthening alliances and rebalancing defense posture in the Asia Pacific.

© AP Photo / Uncredited/Militant Website
Islamic State 'Product' of US CIA: Iran Senior Military Official
“We face no shortage of challenges to our national security. Our combat mission in Afghanistan ends this month, and we have to transition to a new mission of advising and assisting Afghan forces and going after remnants of al Qaeda’s core. We have to keep degrading, and ultimately destroying, ISIL in Iraq and Syria. We have to build counterterrorism partnerships and new platforms. We have to continue the fight against Ebola in West Africa. We have to continue to strengthen our alliances, including NATO, and continue rebalancing our defense posture in the Asia Pacific,” Obama said.

The president made his remarks as he was nominating Ashton Carter as the next US Secretary of Defense. According to Obama, Carter “is going to be critical to all these efforts”.

© AP Photo / Lee Jin-man
Obama Nominates Ashton Carter as New Pentagon Chief
“When we talked about this job, we talked about how we're going to have to make smart choices precisely because there are so many challenges out there. And we're going to have to squeeze everything we have out of the resources that we have in order to be as effective as possible. And I can't think of somebody who’s more qualified to do that,” the president stated.