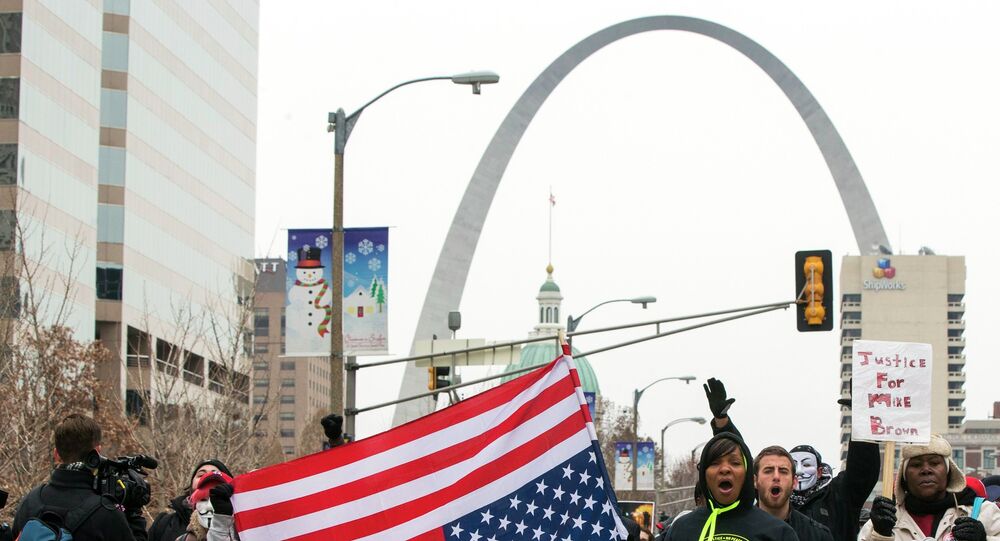 "As the journey for justice enters its sixth day here in Missouri, our hearts are with our brothers and sisters in Staten Island," Brooks, the president of the National Association for the Advancement of Colored People (NAACP), said Thursday.

"Another police officer will walk free from even a trial for killing an unarmed black man. I have simply run out of words to describe this anguish," Brooks added, referring to a grand jury decision not to indict Wilson.

Brooks said that US President Barack Obama's announcement of new funding for police officers to wear cameras is "a good start, but the events of this week have made it clear it's simply not enough".

While we are frustrated, we are not defeated. #EricGarner

Earlier on Thursday, US Chief Deputy Marshal Matthew Fogg said that making US policemen wear body-mounted cameras and recording interactions with the public will not change the behavior of a force that is ultimately racist.

On Monday, Obama asked Congress to allocate $263 million for police body cameras and training amid protests in Ferguson, Missouri, which followed a grand jury decision not to bring charges against Darren Wilson, a white police officer who fatally shot 18-year-old African-American Michael Brown in August.

The decision ignited tensions over the relationship between police and American communities and led to protests in several US states.