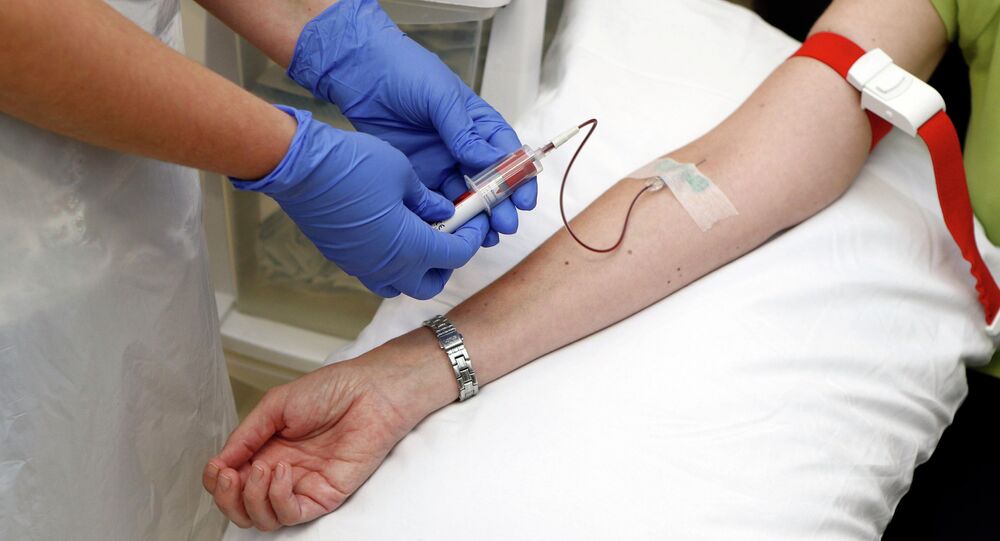 An unnamed US health worker, who recently arrived from West Africa, has been admitted to a hospital in Atlanta to be tested for Ebola virus.

John Moore
Health Workers Fighting Ebola Deserve International Recognition: Doctors Without Borders
MOSCOW, December 4 (Sputnik) – A US health worker, who may have been exposed to Ebola virus while working in West Africa, was admitted to a medical center in Atlanta on Thursday to get tested for the deadly virus, Reuters reports.

The American was admitted to Emory University Hospital in Atlanta, Georgia, at 5:45 am (10:45 GMT), according AFP. The hospital will monitor the health worker to determine whether the patient has Ebola.

The name of the health worker has not been released "out of respect for patient privacy and in accordance with the patient’s wishes," a spokesman for Emory said, as quoted by the Washington Post. The hospital provided no additional details.

On Tuesday, US health officials designated 35 medical centers across the US, including Emory, as centers capable of treating patients infected with Ebola. Moreover, Emory was the first hospital in the country to treat Ebola patients in its Serious Communicable Diseases Unit.

© REUTERS / 2Tango/Files
Number of Ebola Virus Cases Exceeds 17,000: WHO
The current Ebola epidemic started in southern Guinea in December 2013 and soon spread to Liberia, Sierra Leone, Nigeria and Senegal. The last two countries have recently been declared free of the virus.

According to the latest data released by the WHO on December 3, the number of confirmed, probable, and suspected cases of Ebola has exceeded 17,000, with over 6,000 casualties.