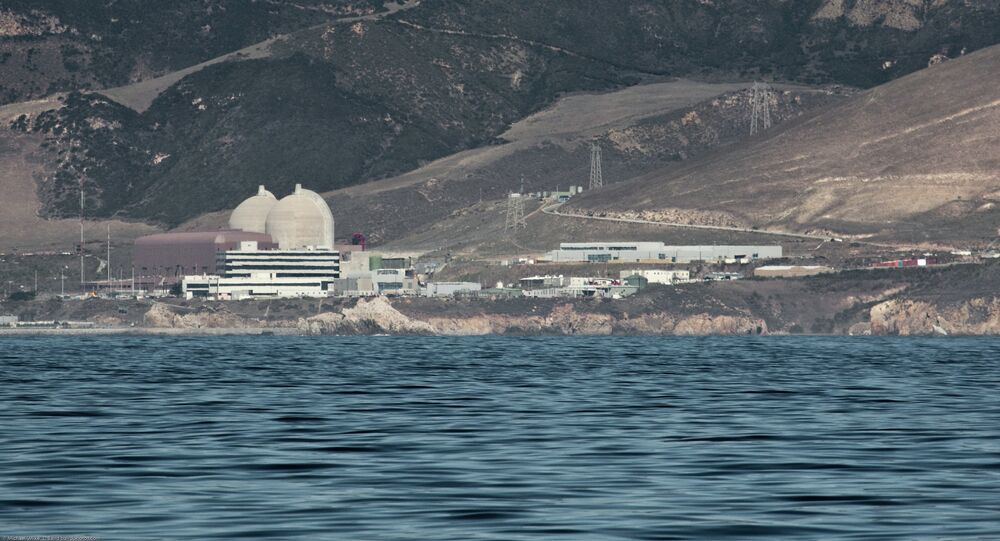 A former California senator has stated that the multiple faults around the seaside Diablo Canyon nuclear power plant are more serious than it had been previously estimated and scale up a risk of nuclear disaster.

WASHINGTON, December 3 (Sputnik) – Multiple fault lines pose a risk to the safety of the seaside Diablo Canyon nuclear power plant in California, as they could be more powerful than previously estimated, a former state senator told a Senate hearing on Wednesday.

"The faults surrounding Diablo [Canyon] are now understood to be larger and more connected than previously believed," Sam Blakeslee, who is also the former California Seismic Safety Commissioner, said before the Senate Environment and Public Works Committee.

In his testimony, the geophysicist and former California state senator said the Nuclear Regulatory Commission (NRC) has relaxed seismic standards and regulation, while utility company Pacific Gas and Electric (PG&E) has downplayed the threat, posed by earthquakes.

Since the completion of Diablo Canyon in 1973, six fault lines have been discovered in the vicinity of the nuclear power plant. Most recently the Shoreline Fault located within 600 meters of the plant was discovered in 2008.

The safety of nuclear power plants came under renewed focus following the 2011 Fukushima nuclear disaster in Japan. That combined earthquake and tsunami disaster compelled the US to review nuclear safety.

The NRC and PG&E claim the safety standards of the plant can withstand any possible earthquake scenarios.

However, Blakeslee explained in a detailed presentation how PG&E has used suspect geological methodologies and issued "major revisions literally with each newly issued report" that states the plant is up to earthquake safety standards.

"These facts raise significant regulatory issues that need to be addressed at the highest levels of the NRC," Blakeslee said. "In this instance we see a nuclear power plant that is found to be exposed marked greater seismic threats than ever envisioned during the licensing process."

Blakeslee stressed that "the regulatory determination of safety should not hang tenuously upon the results of an ongoing science experiment."

In a statement to the Senate committee members, Daniel Hirsch, a lecturer on nuclear policy at the University of California, Santa Cruz, argued the Fukushima disaster was caused by two problems. One was Japan, allowing a nuclear plant to be designed and licensed to withstand an earthquake and tsunami smaller than occurred, and the second a cozy relationship between the nuclear utility and regulator.

The lessons of Fukushima have not been learned in the United States, Hirsh suggested, adding that "these problems plague the American nuclear regulatory system as well".

"Unless the underlying dysfunctional nature of nuclear regulation in this country rapidly undergoes sweeping reform, a Fukushima-type disaster, or worse, may occur here, perhaps on the Central California coast," Hirsch warned.

The Diablo Canyon plant is California's only nuclear power reactor, located between San Francisco and Los Angeles. The United States gets nearly 20 percent of its energy from nuclear power.