Gun sales have soared in the US in November due to Black Friday discounts and ongoing protests in Ferguson, as evidenced by the number of background checks conducted by the FBI.

MOSCOW, December 3 (Sputnik) — Gun sales have soared in the US in November due to Black Friday discounts and ongoing protests in Ferguson following a grand jury’s decision not to indict Darren Wilson, a white police officer, who killed an unarmed African-American teenager, Michael Brown. 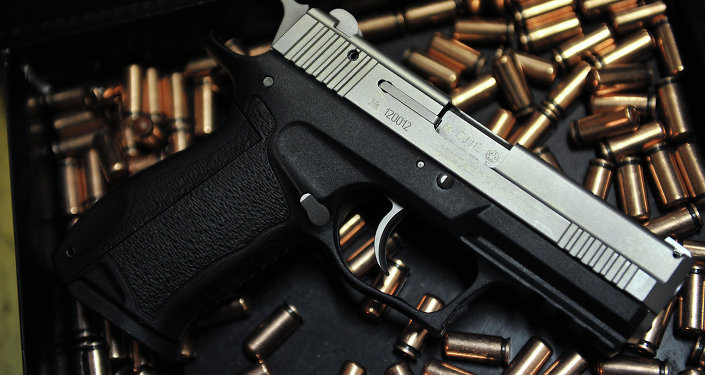 © Sputnik / Ruslan Krivobok
Law-Abiding Citizens Need Guns to Protect Themselves, as US Full of Weapons
The FBI had conducted a record amount of background checks, over 175,000, on the day following Thanksgiving. Approximately three checks per second were executed, exceeding daily averages by three times. "Traditionally, Black Friday is one of our busiest days for transaction volume," said Stephen Fischer, an FBI spokesman, as quoted by CNN.

In total, the FBI conducted 1,803,397 checks in November out of approximately 18,6 million checks in 2014 through its National Instant Criminal Background Check System (NICS). The figures did not exceed the number of checks conducted in February, or March 2014 (over 2 million respectively). However, the overall trend for the last six months has indicated an increase in gun sales.

Gun sales are fueled by fear and anxiety, often at times of large-scale unrest or mass killings. The FBI conducted the largest amount of checks, namely 2,783,765, in December 2012. That month 20-year-old Adam Lanza went on a shooting spree in Sandy Hook Elementary School, killing 26 people.