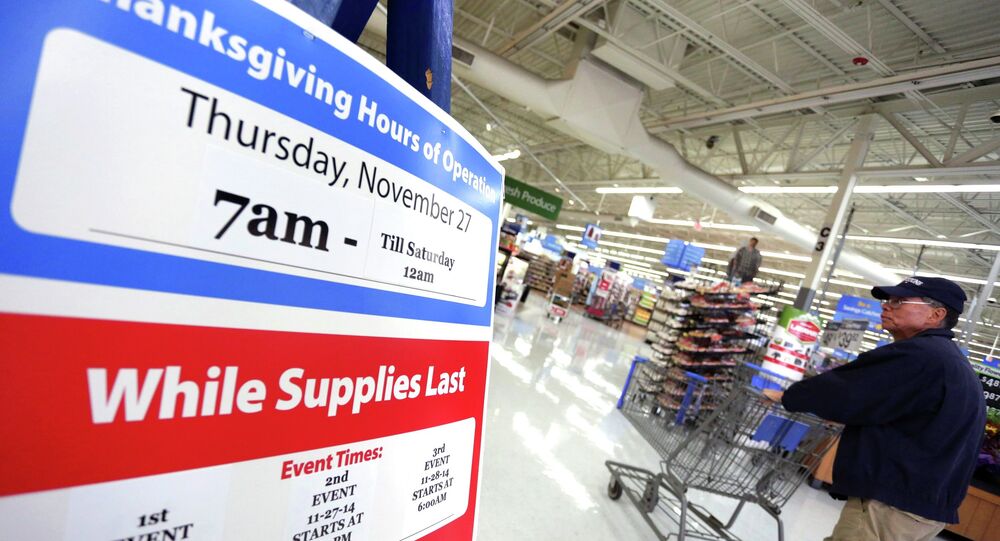 The largest US retailer Walmart announced it had the biggest online sales volume on Cyber Monday, December 1, despite of the nationwide boycott of Thanksgiving shopping to express solidarity in the fight against US police brutality.

"Walmart announced that Cyber Monday 2014 was the biggest online day in its history for orders," the press release read, stating that online customers visited Walmart.com more than 1.5 billion times between Thanksgiving and Cyber Monday.

About 70 percent of online traffic to Walmart.com between Thanksgiving and Cyber Monday came from mobile devices, driving Walmart's Cyber Monday volume to a new all-time high," according to the press release.

US activist network Blackout for Human Rights has called for a nationwide boycott of Thanksgiving shopping to express solidarity in the fight against US police brutality, following protests across the United States over the grand jury decision not to indict a white police officer Darren Wilson for fatal shooting of the African-American teenager Michael Brown.

During 2013 Thanksgiving weekend Americans spent $57.4 billion dollars, according to the US National Retail Federation.