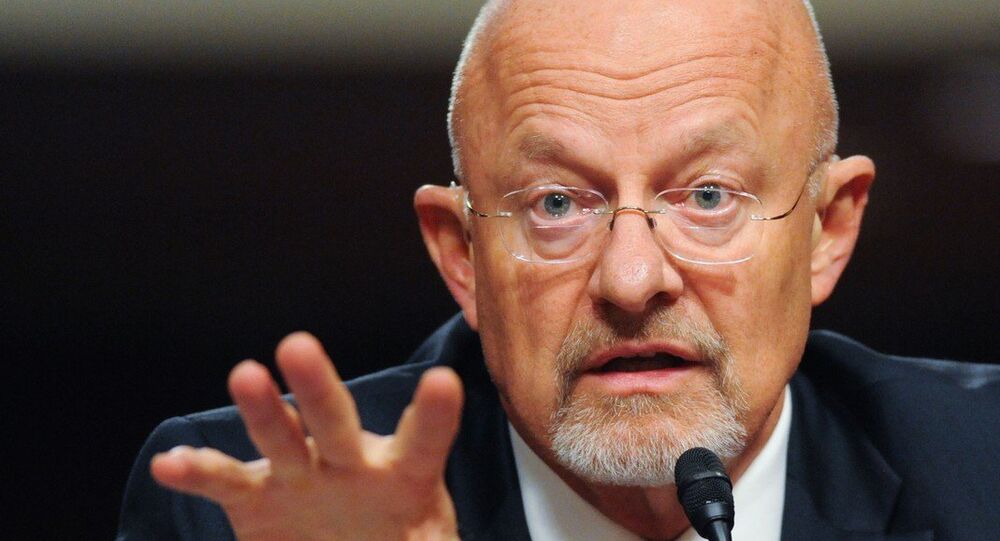 The Director of National Intelligence (ODNI) reported that the US has created the National Counterintelligence and Security Center (NCSC) to reduce redundancy and increase efficiency.

WASHINGTON, December 2 (Sputnik) – The United States established the National Counterintelligence and Security Center (NCSC) to improve coordination within intelligence community, according to a press release by the Office of the Director of National Intelligence (ODNI) published Monday.

“The establishment of the National Counterintelligence and Security Center supports our [US] effort to ensure counterintelligence and security are addressed as interdependent and mutually supportive disciplines,” ODNI Director James Clapper said Monday in the press release. “These disciplines have shared objectives and responsibilities associated with the protection of information, sources and methods.”

The NCSC will integrate counterintelligence and security missions as a single organization and aims to reduce redundancy and increase efficiency. It falls under the ODNI, which is the chief office responsible for 16 US intelligence agencies. The NCSC will support US government, intelligence community and the US private sector face intelligence collection by foreign states and non-state actors.

The move comes as a part of ODNI restructuration initiated by Clapper and is aimed at “improving efficiency, eliminate redundancy and integrate the core functions of the intelligence community,” the release said.

The US intelligence community has gone through a number of reforms and restructuring in the aftermath of the intelligence failure to stop the September 11, 2001 terrorist attacks.

Obama: Trust Between US Police and Local Communities Can Be Restored

US Has No Specific Comment on Mubarak's Acquittal: State Department

US Congress to Reauthorize IS Campaign Before December Deadline: Senator