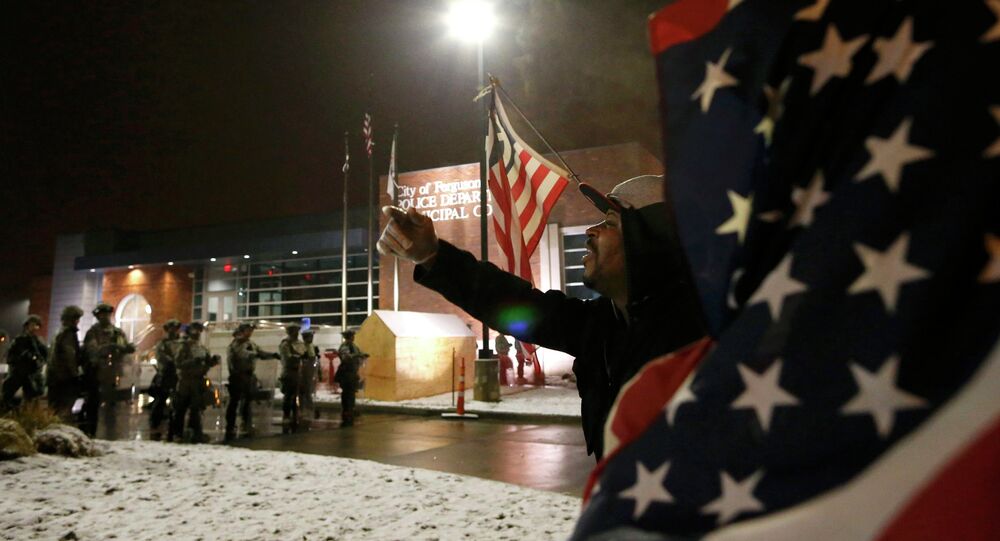 A county-level Republican employee suggested dispersing Ferguson protesters with fire hoses via her Twitter account, triggering a verbal onslaught on herself from the Liberal left.

Civil rights activists in Florida are demanding that Crenier resign after she called for the use of fire hoses against the Ferguson protesters, accusing her of ignorance, racism and insensitivity. Her tweet sparked an outburst of anger on social networks, as it read as follows.

Crenier’s actual tweet is unavailable, though repost sare appearing on the web.

After the initial response from the public, Crenier attempted at an apology, saying that she did not mean such extremely harsh measures. "When you put it into context there is nothing sinister," she said.

However, civil rights activists insist what Crenier said cannot be pardoned. "That's insensitive, it's racist," Pastor R.L. Gundy, one of the African-American community leaders, said. "To make a comment like 'thugs' you might as well call somebody a n*****."

Police Force Back People Protesting Over Ferguson Ruling
Rev. Gundy is also one of the activists calling for Crenier’s discharge of her volunteer job.

Some commentators suggest that Crenier’s words fall in line with the segregationist rhetoric of the past century and some of the modern far-right, like the Ku-Klux-Clan.

“When you make comments like this, what you’re trying to do is divide the culture and divide the citizenry of the city along racial lines,” Wells Todd of the Jacksonville Progressive Coalition said as quoted by the Washington Times.

Crenier, on her part, insists she expressed her own personal opinion, which does not represent the GOP ideology. Civil rights activists could probably acknowledge her constitutional right to have an opinion like that.

“I’m not going to change their mind, but that’s my story and I’m sticking to it,” Crenier said of the leftists’ attacks on her. She added she would not back off and resign.