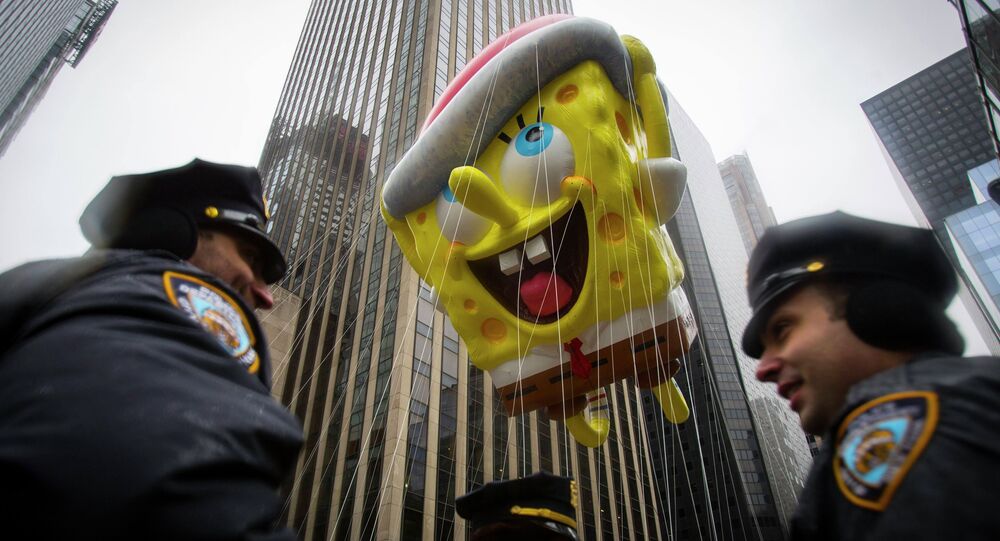 New York police have made arrests in a downtown demonstration against a grand jury decision not to charge the policeman responsible in the Michael Brown case.

A group of about 50 protesters had gathered to protest in downtown Manhattan not far from the location of the Macy’s Day Parade, following a spontaneous protest march by thousands the night before in New York and other cities across the US which caused traffic disruptions and dozens of arrests.

Police said that on Thursday, several of the protesters had decided to break from their designated route, allegedly overturning a trash can and attempting to run toward the parade floats, Pix 11 said. Fox News affiliate WNYW had also reported that the protesters had allegedly thrown ‘an object’ from a building near the parade route.

Seven people were reported to have been handcuffed and loaded onto a police bus, with other protesters remaining to continue their protest.

Protests have raged across the United States and elsewhere over the grand jury decision not to charge Wilson, which protesters said were symptomatic of larger problems in the US criminal justice system, and its purported discrimination against African-Americans and other minorities. Protests this week have taken the form of spontaneous street protests, and this week has also turned into a social media campaign against the traditional Black Friday holiday shopping sale.