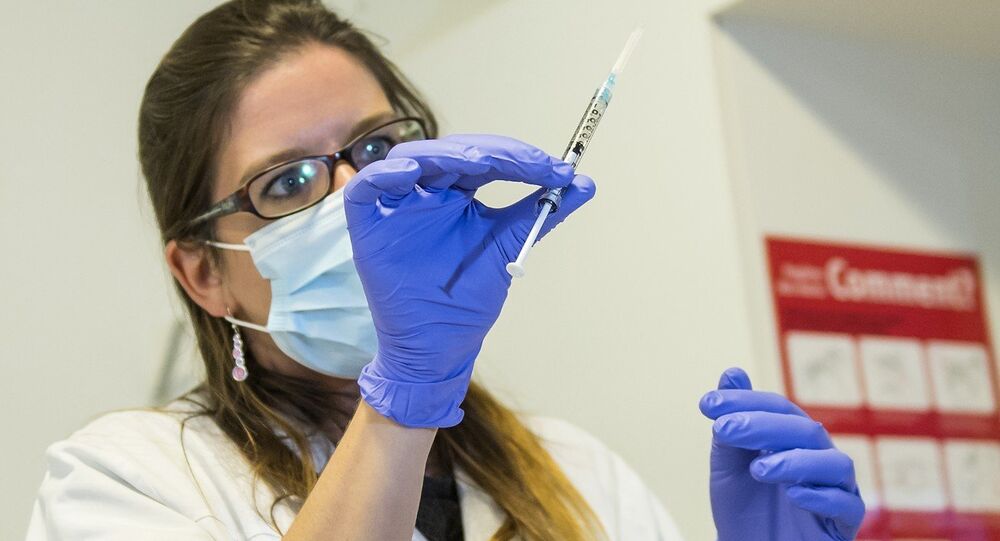 The White House congratulated the doctors of the National Institutes of Health and their teams, who have performed the first successful tests of a trial Ebola vaccine and informed that US President Barack Obama will visit NIH next week on Tuesday, December 2nd.

MOSCOW, November 27 (Sputnik) – The White House has congratulated US developers on the first tests of a trial Ebola vaccine, which proved that the medication could be highly effective in battling the virus.

"We congratulate Drs. Francis Collins and Tony Fauci and their teams at the National Institutes of Health (NIH) on the first published results from Phase 1 clinical trials of a promising Ebola vaccine candidate. This candidate has shown initial promise to prevent the spread of the Ebola virus infection," the White House said in a statement Wednesday.

"Today's news is another important milestone in that effort, and lays the groundwork for the critical clinical trials to follow shortly in Ebola-impacted countries to determine the safety and efficacy of Ebola vaccine candidates on a larger scale," the statement stressed.

According to the White House, US President Barack Obama will visit NIH next week on Tuesday, December 2nd, to "discuss progress on other fronts on the fight against Ebola".

The Ebola vaccine tested by NIH has been developed by GalxoSmithKline (GSK) and its trial tests started around two months ago.

According to NIH, all 20 people, who participated in the latest trials, had an immune response without any adverse reactions.

According to the latest data from the World Health Organization (WHO), Ebola has killed over 5,600 people since the start of the current epidemic, which began in Guinea in December 2013.

The virus is transmitted through direct contact with the bodily fluids of those infected. Several countries, including Russia, are working on Ebola vaccines, but there is still no officially approved cure for the disease.