According to the Guardian's reporter, three journalists were attacked by a 'gang' in the city of Ferguson, Missouri.

"Three of us journalists attacked by gang. Poor reporter we were with punched and had wallet stolen," read Lewis' Twitter feed. 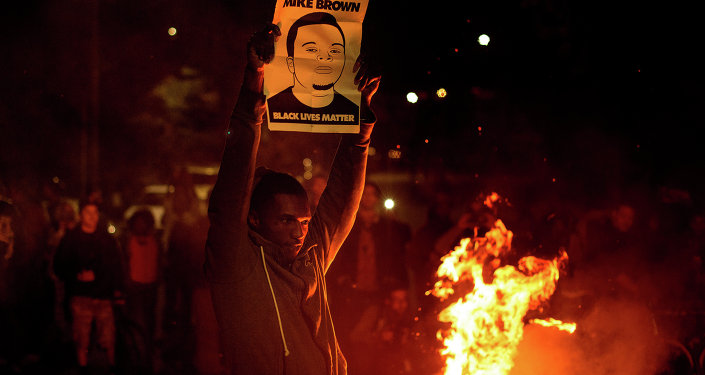 © AP Photo / Noah Berger
Ferguson Protests: Event Timeline
The city of Ferguson saw mass protests erupt after the St. Louis County grand jury's ruling on Monday not to indict police officer Darren Wilson – who is white – in connection with the fatal shooting of an unarmed 18-year-old Michael Brown – who was black.

Demonstrations continued into the night over 90 cities across the United States.

Missouri Governor Jay Nixon ordered additional National Guardsmen in light of the latest wave of unrest, and the Federal Aviation Administration declared the airspace over Ferguson a no-fly zone, according to reports citing authorities.